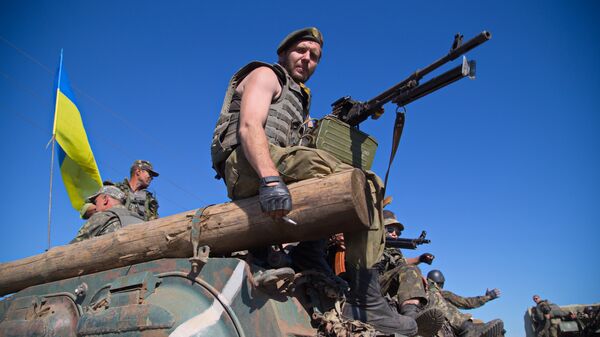 KIEV (Sputnik) — Speaking on the issue at a televised opening of a defense exhibition in central Kiev, Poroshenko said that Ukraine must bring its weapons to the "level of the 21st century."

Ukraine, which has been mired in a military conflict in the southeastern regions for three years, has repeatedly asked for supplies of lethal and non-lethal weapons from the European Union and the United States.

US Anti-Tank Missiles for Ukraine: Will It Just Be the Beginning?
Earlier in August, The Wall Street Journal reported citing US diplomats and military officials that the US State and Defense departments had devised a plan to supply Ukraine with anti-tank missiles and other weaponry. The two departments are seeking the approval of the White House on the issue, according to the report.

Russia has repeatedly warned against plans to supply arms to Ukraine, since this step will only lead to an escalation of the conflict in the Donbass region.