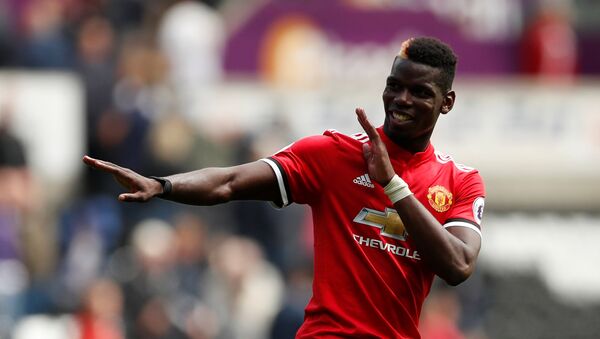 Manchester United player Paul Pogba, who’s well known for his penchant for flamboyant hairdos, has once again managed to stun fans and haters alike with his newest style as he shaved the word 'equal' and the logo of a new UEFA Respect campaign into the back of his head.

Some Twitter users were clearly amused by Pogba’s new looks, often likening it to things made in a bakery rather than in a barbershop.

You know when you stand in a cake shop preeing all the cakes and you end up picking the one with the most cream 😂😂😂https://t.co/RAU1ESGK3n

Think it's outstanding work by Paul Pogba to base his new hair style on a trifle. Strong and bold look. pic.twitter.com/oofW8xmpQR

​Others however were rather embarrassed by it.

I don't know who's more embarrassing pogba or his hair dresser

Paul Pogba is a 24 year old man who still gets his hair died red and letters shaved into his head. 24. Years. Old.

And yet others took a more pragmatic approach and pointed out that skills are more important than looks to footballers; and as long as Pogba plays well, who cares about his haircut?