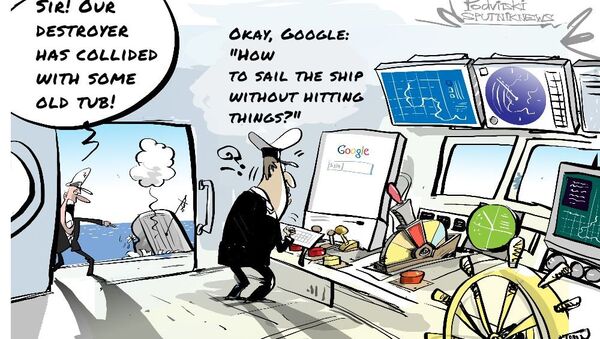 On Monday, five sailors were injured after US destroyer John S. McCain collided with the Alnic MC oil tanker near the Malacca straits. Four sailors were taken to local hospitals, while the injury of the fifth sailor did not require hospital assistance. A US Navy Pacific Fleet commander said that divers had located human remains inside the flooded compartments of the destroyer. The exact number of victims is still unclear but 10 US sailors went missing after the accident.

In June, seven sailors were killed in a separate incident when the US destroyer Fitzgerald hit a cargo ship off the coast of Japan. Both vessels belong the Seventh Fleet.