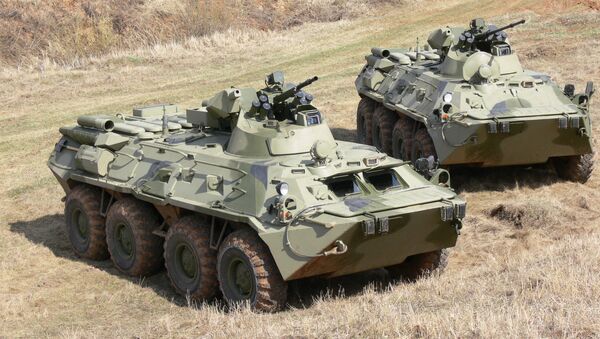 "As you know, Lebanon is currently engaged in the fight against international terrorism. Our Army almost as a whole is involved in military actions, and we are looking for equipment that might help our army in counter-terrorism operations… During the show I liked two models that we might purchase, these are armored personnel carriers and paramilitary buggies. We need these types of equipment most of all now," Sarraf said on the sidelines of the Army-2017 forum.

The minister also noted the progress of Russia in military-industrial complex.

Lebanese Economy Minister Hopes Trade With Russia to Soar Threefold by 2020
"The Forum is a clear demonstration of Russia's considerable progress in the defense industry. The dynamic show was particularly impressive," Sarraf stated.

Lebanon announced the start of an offensive against the Islamic State (Daesh terrorist organization) enclave on the northeast part of its border with Syria on Saturday. Damascus and Hezbollah are also currently carrying out their anti-Daesh offensive on the Syrian side of the border.