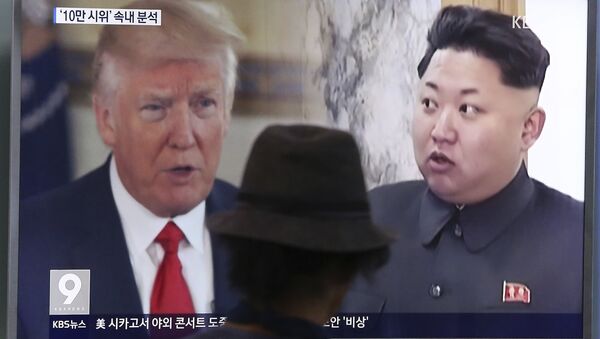 North Korea's military issued a statement on Tuesday, warning that it could take retaliatory steps against both the United States and South Korea in light of the joint drills of Seoul and Washington, media reported Tuesday.

TOKYO (Sputnik) — On Monday, the joint US-South Korean Ulchi Freedom Guardian (UFG) kicked off. The military exercises, in which about 17,500 US servicemen and about 50,000 South Korean troops are participating, have been criticized by Pyongyang.

In a statement, carried by the Korean Central News Agency (KCNA), Pyongyang said that both Seoul and Washington had ignored its warnings and that's why they would not "avoid a ruthless retaliation and punishment," according to the Kyodo news agency.

KCNA claimed that the United States was responsible for the potential consequences of the conflict as it had chosen a military rivalry with North Korea.