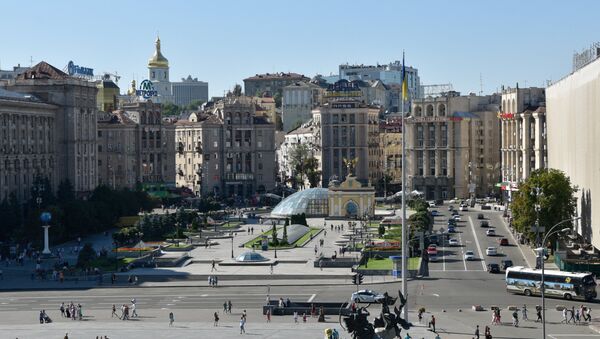 KIEV (Sputnik) – The poll, conducted by the Ilko Kucheriv Democratic Initiatives Foundation, specified that 54.4 percent of Ukrainians were unwilling to see the Russian language as official and other 15 percent of the respondents found it difficult to answer the question.

In 2013, 32.2 percent of the Ukrainian citizens wanted the Russian language to be official, whereas in 2016, the figure decreased to 30.3 percent, the survey noted.

The poll was carried out on July 3-25 among 1,800 people in various parts of Ukraine with a less than the 2.3-percent margin of error. In war-torn eastern Ukraine, people were surveyed solely on territories controlled by Kiev.

In 2014, the Ukrainian Verkhovna Rada said the law on the Russian language’s official status in 13 out of 27 of the country's regions was no longer valid. In January 2017, the Verkhovna Rada registered the "official language" bill which stipulates the use of solely Ukrainian language in almost all areas of life. According to the document, the Ukrainian language must be obligatory for both government and local authorities, as well as for educational establishments.