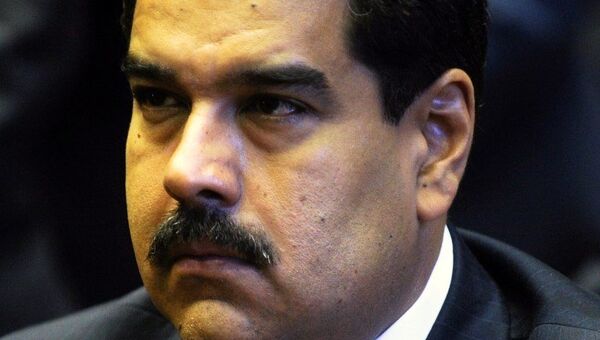 Nicolas Maduro said that he would like to speak with his US counterpart Donald Trump by telephone.

MOSCOW (Sputnik) — Venezuelan President Nicolas Maduro said Tuesday that he would like to speak with his US counterpart Donald Trump by telephone to discuss the future of the two countries’ relations.

Earlier this month, Trump said Washington was considering the possibility of a "military option" in Venezuela in case it was necessary.

"Trump does not want to talk with Maduro? Maduro would like to speak with Trump on the telephone, I am ready to talk, because only in a conversation you can understand a man. It is him who doesn't want to. I repeat, president Trump, we need to discuss the future of our relations. I'll send a letter to Trump, and I'm sure if he reads this letter with a little bit of goodwill, he will be able to do something, and our relations with the United States will change for the better," Maduro said at a press conference.

He noted that the two countries should follow the path of de-escalation.

Venezuela Puts Fired Chief Prosecutor on Wanted List
"Instead of arranging escalation, we must follow the path of de-escalation, this is the way I propose the United States to go… We would like to have better relations with president Trump, I wish he answered my letter. I wish he read it, but in the coming weeks or months we may have a contact, maybe by phone," Maduro added.

Trump's statement came after Venezuela plunged into turbulence in March, when the Venezuelan Supreme Court decided to restrict the power of the legislature. The decision was reversed amid a backlash, but supporters of the parliament, who strive for the dismissal of the court members, took to the streets, marking the start of deadly protests which have so far claimed lives of over 120 people. The protests were fuelled by the National Constituent Assembly election, initiated by Maduro with the intention of rewriting the constitution of the unsettled nation. Venezuela's opposition as well as a number of foreign countries have refused to recognize the body's legitimacy.