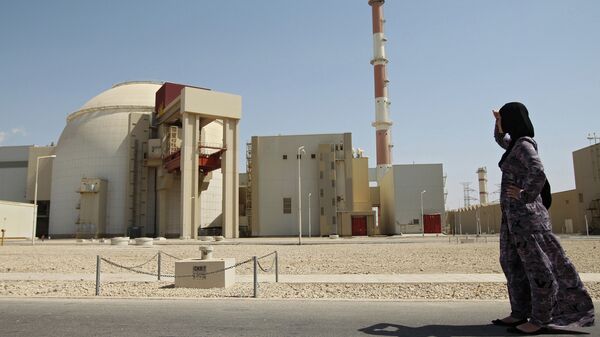 Iran can easily restore its military nuclear capabilities by resuming the process of uranium enrichment to 20 percent should the US keep escalating the situation around Tehran's alleged violation of the Joint Comprehensive Plan of Action, head of the Atomic Energy Organization of Iran (AEOI) Ali Akbar Salehi said Tuesday.

MOSCOW (Sputnik) — On August 15, Iranian President Hassan Rouhani told lawmakers that Tehran could withdraw from the Joint Comprehensive Plan of Action (JCPOA) within hours if the United States continued to escalate rhetoric about adding new sanctions.

"If we make the decision, we would be able to resume the process of [uranium] 20 percent-enrichment in five days," Salehi said in an interview with the state broadcaster IRIB.

Iran to Continue Its Missile Program Despite International Pressure

Salehi noted that the AEOI was willing to maintain the JCPOA but not at any price.