US, UK to Carry Out Observation Flight Over Russia, Belarus on August 21-26 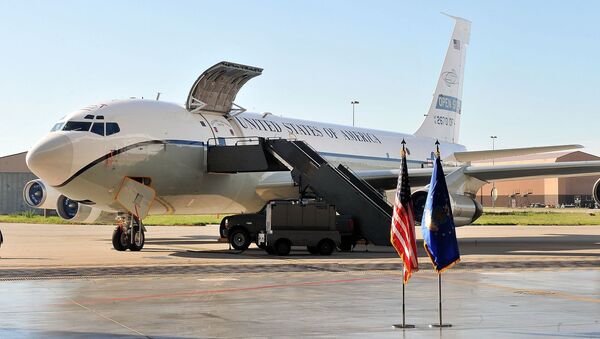 The United States and the United Kingdom will carry out a joint observation flight over Russia and Belarus from August 21-26 under the Treaty on Open Skies, the Russian Defense Ministry said in a statement, citing Sergei Ryzhkov, the head of Russia's National Nuclear Risk Reduction Center.

MOSCOW (Sputnik) — The Treaty on Open Skies was signed in March 1992 and entered into force on January 1, 2002. It establishes a regime of unarmed aerial observation flights over the territories of its participants and enables them to gather information about military forces and activities.

"According to head of the Russian National Nuclear Risk Reduction Center Sergei Ryzhkov, as part of the international Open Skies Treaty, a joint mission of the United States and the United Kingdom will carry out the observation flight of the US OC-135B observation aircraft over the territory of Russia and Belarus on August 21-26 from the Kubinka airfield," the statement, published on Sunday, read.

The statement also pointed out that the flight would be carried out along the coordinated route with Russian experts on board controlling the use of observation equipment and fulfillment of the treaty’s provisions.