‘At The End of Their Rope'? Secret Service Agents Reportedly Tired of The Donald 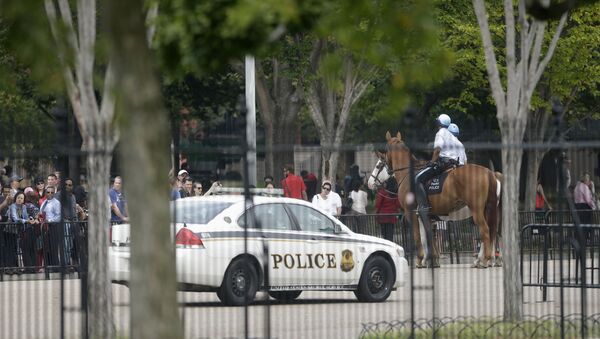 They're reportedly going broke over the first family's frequent travels, but that's not where the US Secret Service's woes end. They're also feeling emotionally taxed by this president, according to Christina Wilkie, an investigative reporter at the Center for Public Integrity.

Sent out into the Twitterverse in the early morning hours Monday, Wilkie first reported that "multiple sources" informed her that Secret Service agents were fed up with their mistreatment at the hands of US President Donald Trump.

​What's bugging the president's dedicated security force? According to Wilkie's sources, their complaints include the president's lack of respect for the concept of "working hours" and the expectation that his security detail should "fetch things for him," as though they're his assistants.

​This is "damaging morale," and it's not the type of treatment agents are accustomed to. Wilkie's sources tell her past presidents "treated [agents with] great respect," but the same just couldn't be said for this one… sad!

​Adding injury to this insult, it is being widely reported that the Secret Service's budget had been stretched to the point where it didn't have enough to pay workers. Yikes!

"The Secret Service has the funding it needs to meet all current mission requirements for the remainder of the fiscal year and compensate employees for overtime within statutory pay caps," the statement explained.

​Alles then went on to add that while it wasn't solely the Trump family's love of traveling that was depleting funds, it was playing a role.

"This issue is not one that can be attributed to the current administration's protection requirements alone, but rather has been an ongoing issue for nearly a decade due to an overall increase in operational tempo," Alles concluded.