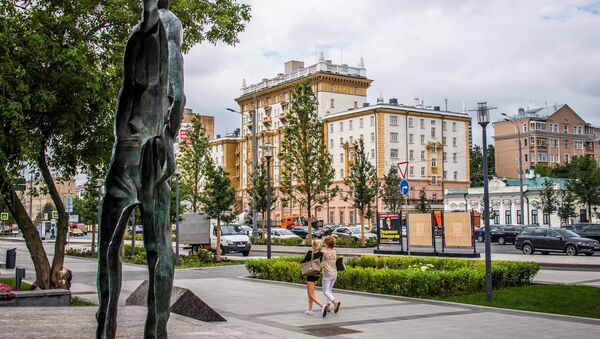 Russians will face problems getting US visas until bilateral relations between Moscow and Washington are normalized, the president and CEO of the American Chamber of Commerce in Russia (AmCham) told Sputnik on Monday.

MOSCOW (Sputnik) – Earlier in the day, the US embassy announced that non-immigrant visa processing would be suspended on August 23.

“So long as the number of [diplomatic] staff remains reduced, the embassy does not see how its capacity can be boosted, that is why that is more a question of normalizing relations,” Alexis Rodzianko said.

He pointed out that the situation would not change the percentage of visa denials as it was related to the technical issue of organizing interviews for visa applicants.

“The requirement of interviews for getting visas was introduced before the decision on reducing the staff of the US diplomatic mission. That is an unplanned effect of the [Russian] decision rather than a political issue,” Rodzianko added.

US Embassy Suspending Issuing Nonimmigrant Visas 'Demarche' - Russian Senator
Possibilities for cooperation between Russian and US businesses have narrowed after Washington’s decision to limit non-migration visa processing in Russia, he added.

"Visa issue times are sure to become longer, that is why it would be more difficult for companies to organize impromptu events in New York with the participation of Russian employees. Will this influence the businesses? We will wait and see. Anyway, the bottleneck has become more narrow and capacity has fallen. But is it rather an implication than a result than a specific action from the US side," Alexis Rodzianko said.

The US State Department stated that Russian citizens could wait nearly 3 months for US visa appointments.

Russian Foreign Minister Sergei Lavrov said earlier in the day that Moscow is considering a possible response to Washington's move.

The Russian Foreign Ministry on July 28 suspended the use of all US Embassy warehouses and its compound in Moscow and also requested the US to cut down the number of its diplomatic staff in Russia to 455 people by September 1. The move came amid a new US anti-Russia sanctions bill and follows a series of restriction measures imposed by Washington since 2014. It is similar to Washington's decision to expel 35 Russian diplomats and suspend the use of diplomatic assets by Moscow in late 2016.