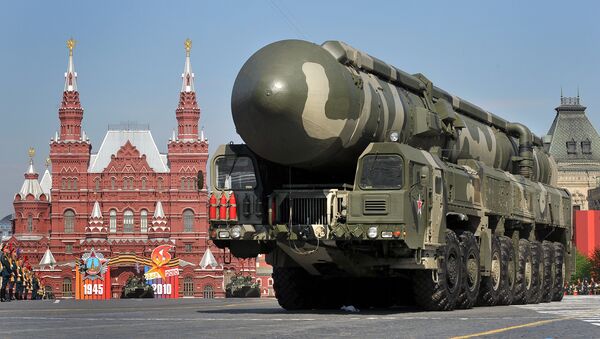 Exactly 60 years ago the world's first intercontinental ballistic missile (ICBM) took to the skies from the Soviet cosmodrome Baikonur. According to Alexander Khrolenko, it was the first step on the way to creating Russia's nuclear shield.

"The R-7 [the NATO reporting name SS-6 Sapwood] designers managed to launch the missile on the third attempt on August 21, 1957; the rocket traveled a distance of 5,600 kilometers [3,480 mi] and delivered a warhead to the Kura proving ground," the commentator wrote.

"Six days later the USSR officially announced that it had an operational ICBM — a year earlier than the United States did," Khrolenko pointed out, "Thus, the Soviet Union dramatically expanded its security perimeter."

'Dead Hand' and Bunkers: This is How Russia Can Survive Potential Nuclear Attack
However, the USSR and its legal successor, the Russian Federation, continued to move forward and improve its nuclear shield.

But that is not all: the ICBM's algorithms for  combat use have been improved. In addition, the domestic nuclear deterrent system which is comprised of land, sea and aerial means of delivery of nuclear charges has become even more complicated.

Today, Russia's nuclear triad guarantees the annihilation of a potential aggressor under any circumstances, the journalist stressed.

"Russia is capable of launching a retaliatory atomic strike even in the event of the death of the country's top leadership," he elaborated, referring to the famous Perimeter System, also known as the Dead Hand, which was developed in the Soviet Union in the early 1970s.

The concept came as a response to the US strategic doctrine of a "decapitation strike" aimed at destroying a hostile country's leadership in order to degrade its capacity for nuclear retaliation.

"This system duplicated the functions of a command post automatically triggering the launch of the Russian nuclear missiles if the country's leadership was destroyed by a nuclear strike," Leonid Ivashov, president of the Academy of Geopolitical Problems, explained in his interview with the Russian newspaper Vzglyad.

'Wonder-Weapon': High-Precision Kalibr Has Yet Again Proven Its Efficiency
Perimeter took up combat duty in January 1985 and in subsequent years the defense system had ensured the country's safety, monitoring the situation and maintaining control over thousands of its nuclear warheads.

So, how does the system work?

After analyzing these and other data, the system can autonomously make a decision about a retaliatory nuclear attack in case the country's leadership is unable to activate the combat regime. 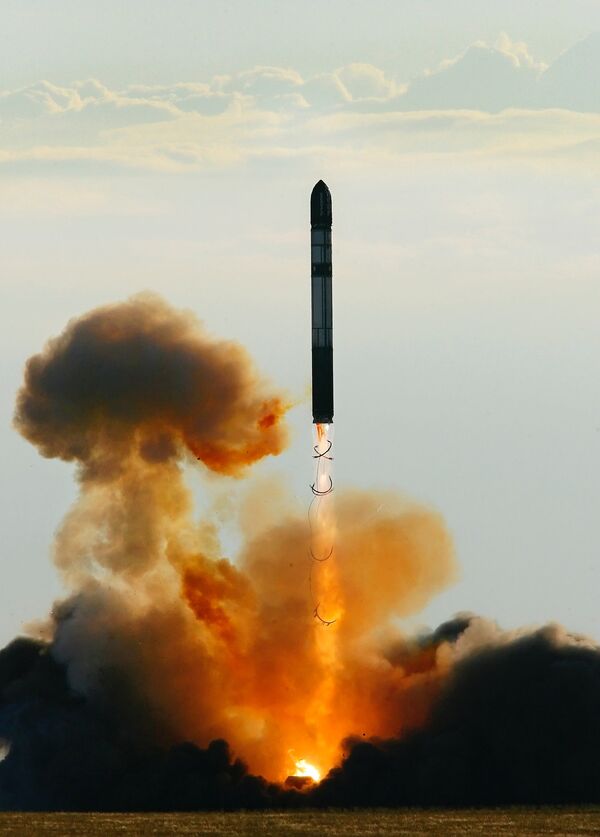 "Having detected the signs of a nuclear strike, Perimeter sends a request to the General Staff," the journalist explained, "Having received a 'calming' response, it returns to the mode of analysis of the situation."

However, if the General Staff's line is dead Perimeter will immediately request the strategic "Kazbek" missile control system. If "Kazbek" doesn't respond either, Perimeter's autonomous control and command system — which is based on artificial intelligence software — will make a decision to retaliate.

"It can accurately 'understand' that its time has come," Khrolenko  noted, stressing that there is no way to neutralize, shut down or destroy the Perimeter system.

"It is no coincidence that Western military analysts dubbed the system 'Dead Hand'," the journalist remarked.

Think Twice: Topol-M Nuclear ICBMs Safeguarding Russia
After the end of the Cold War, the Russian "doomsday machine" was removed from combat duty in 1995.

However, "the United States and its allies did not appreciate this gesture of goodwill of the leadership of the Russian Federation, and began to actively create the world of 'American exceptionalism', with NATO proceeding to move closer to Russian borders," Khrolenko pointed out.

Thus, in December 2011 the commander of the Russian Strategic Missile Forces, Sergei Karakaev, announced in an interview with Komsomolskaya Pravda that the Perimeter system was up and running again.

"It's worth mentioning that Russia also has the equally powerful Oceanic Multi-Purpose Status-6 System equipped with warheads with a capacity of 100 megatons and, possibly, many other systems unknown to the general public," Khrolenko concluded.