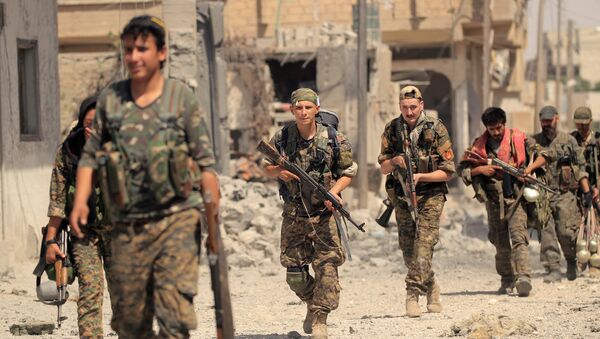 A total of 35 Daesh jihadists were killed in the clashes in the Daesh-occupied Syrian city of Raqqa with the Syrian Democratic Forces (SDF), Kurdish media reported Monday.

Turkish Troops 'Neutralize' About 4,600 Daesh Militants in Syria, Iraq – PM
MOSCOW (Sputnik) — According to the Hawar News Agency, the deadly clashes between Daesh and the Kurdish-led SDF took place in the five neighborhoods of the city on Sunday.

The news outlet added that a total of three SDF fighters had been killed by the militants during the operations.

Raqqa has remained under Daesh control since 2013. The operation to free the "capital" of the self-proclaimed caliphate from Daesh control was launched by the SDF, supported by the US-led international coalition, in early June.