Building Bridges: 5 Reasons Why Russia Needs Turkey as 'Ally Rather Than Enemy' 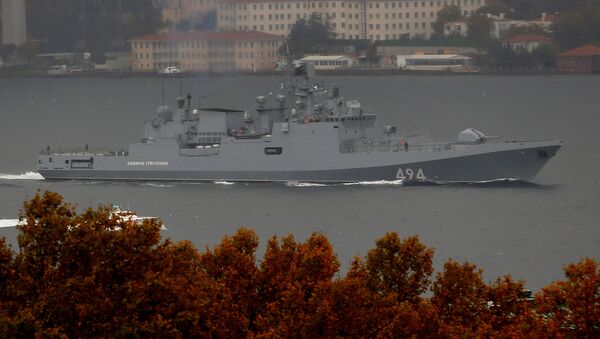 Russia needs a strong and long-lasting friendship with Turkey for a number of reasons, according to political commentator and journalist Rostislav Ishchenko. Moscow has already made some important steps toward building an alliance with Ankara.

In recent years, Russo-Turkish relations have gone through several trying times, including a bilateral crisis after a Turkish jet downed a Russian bomber in Syria in November 2015. Since then, however, both countries have significantly improved their relations, boosting cooperation, including on energy, on the fight against terrorism and the Syrian settlement.

"Russia needs Turkey as a friend and partner, not as a rival. There are several advantages Moscow could win from an alliance with Ankara," RIA Novosti contributor and political commentator Rostislav Ishchenko wrote in an analytical piece.

First, the Russian Navy would have stable access to the Turkish Straits – the Bosphorus and the Dardanelles – connecting the Black Sea to the Mediterranean Sea.

Ankara Explains Why Turkey Does Not Join Anti-Russia Sanctions
Second, Turkey is one of the most important powers in the Black Sea region. A hypothetical Russo-Turkish alliance would guarantee security and stability in the region, including in Crimea.

"Third, an alliance with Turkey and Iran could guarantee the Syrian settlement, a stable peace in the region and a Russian presence in the Middle East," Ishchenko pointed out.

Moreover, such an alliance would strip NATO and the United States of the "Turkish leverage" over Russia.

Finally, Turkey has cultural and historical ties to the Turkic people living in the Caucasus and Central Asia. An alliance with Ankara would help Moscow improve its influence on a territory spanning from the Caspian Sea to Mongolia.

According to Ishchenko, Russia is already taking steps to form a stable and long-lasting partnership with Turkey.

"While political relations are often unstable and the political environment can change in the blink of an eye, there are certain spheres of economic cooperation that could cement a partnership lasting for decades. Moreover, Russia and Turkey have the potential for a promising military and strategic partnership," the article read.

Turkey Needs Russian S-400 System to Deal With a 'Really Existing Threat'
Moscow and Ankara are currently at the final stage of the talks on the delivery of the Russian-made advanced S-400 missile-defense system to Turkey.

"A missile defense system is what a country builds for decades. For example, many Arab nations still use Soviet-made air- and missile-defense systems. They also have Soviet-era aircraft in service. Once established and arranged, such military and technical cooperation still exists, even 25 years after the collapse of the USSR," Ishchenko wrote.

Furthermore, in 2010, Moscow and Ankara signed an agreement on the construction and operation of the Akkuyu nuclear power plant (NPP) in southern Turkey. The project is the world's first nuclear power plant project implemented on a BOO ("build-own-operate") basis. In accordance with this model, Russia will build, own and operate the plant.

According to Ishchenko, nuclear energy is another field in which countries can build a long-lasting partnership, "at least for 50-70 years."

Russia's Gazprom Starts Turkish Stream Pipeline's 2nd String Construction
Russia has also been increasing its energy supplies to Turkey. For example, exports of Russian natural gas to Turkey have risen by 22 percent since the beginning of the year. Moreover, the implementation of the Turkish Stream gas pipeline project is underway. The new pipeline will not only allow for increasing Russian gas supplies to Turkey, but will also guarantee the stability of Russian energy exports to the European Union.

"To sum up, we can see intense Russia-Turkey cooperation in advanced weapon systems, nuclear energy and gas supplies. Russia is building a solid regional alliance in the Middle East, based on military and economic interests," Ishchenko concluded.