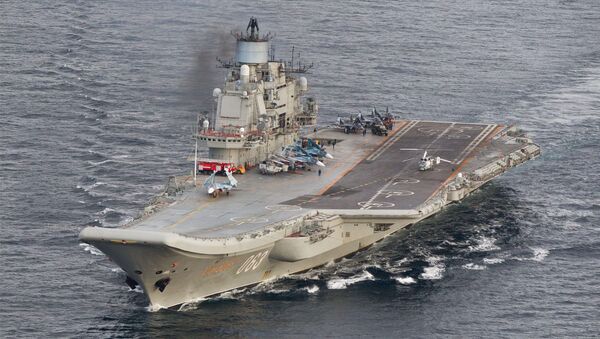 © REUTERS / Norwegian Royal Airforce/NTB Scanpix
Subscribe
International
India
Africa
HMS Queen Elizabeth, the British Royal Navy’s most powerful ship in history, earlier this week arrived in her home port of Portsmouth. However it is expected to be at least 18 months before the ship is ready to launch planes from her deck once more.

It was also announced that a second ship of this class, HMS Prince of Wales, will join the British navy in the future. Currently, the ship is being built at a dockyard in Fife, Scotland. 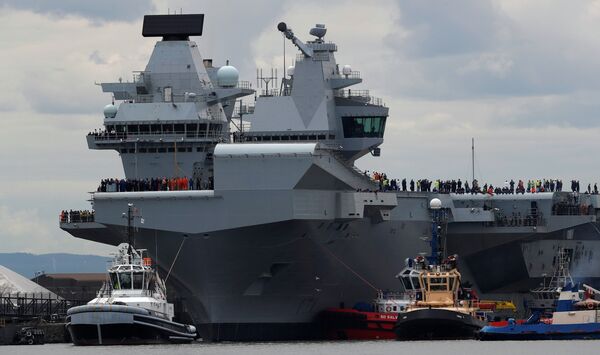 According to Oleg Ponomarenko, an expert with the Center for Political Environment think-tank, the new British ship is still far from being operationally ready.

"The aircraft carrier group for the Queen Elizabeth, not to speak of the Prince of Wales, is not yet ready. The pilots are currently training in the United States. There will be 14 jet fighters by the end of the year. The ship can operate only the F-35B jet with short takeoff and vertical landing. Of course, they may use the ageing Harrier jet but this is not really an option. It will take much time to make this aircraft carrier fully operational. In the near future, the ship is likely to set sail to undertake new tests," Ponomarenko told Radio Sputnik.

"When you saw that old, dilapidated Kuznetsov sailing through the Channel, a few months ago, I think the Russians will look at this ship with a little bit of envy," he said in an interview with The Telegraph.

Repair of Russian Admiral Kuznetsov Aircraft Carrier Will Begin This Year
According to Ponomarenko, it makes no sense to compare the only Russian aircraft carrier, Admiral Kuznetsov, and HMS Queen Elizabeth. However, the expert pointed to one important advantage that the Russian ship has.

"Any comparison would be wrong because the two ships have different conceptions of their combat use. Queen Elizabeth is an aircraft carrier in its purest form. As for Admiral Kuznetsov, it has a big conceptual advantage. It is an aircraft-carrying missile cruiser which means that it packs an arsenal of defensive and some offensive weapons," the expert said.