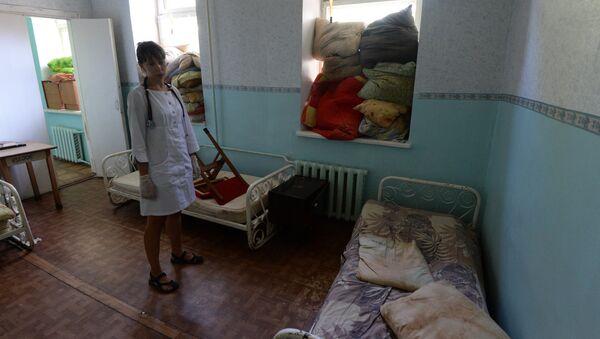 Over 2,700 civilians have been killed in Ukraine's southeastern region of Donbass since the start of the armed conflict with Ukrainian forces in 2014, the International Committee of the Red Cross (ICRC) said Saturday.

KIEV (Sputnik) — On Friday, Alexander Hug, the Organization for Security and Co-operation in Europe Special Monitoring Mission (OSCE SMM) principal deputy chief monitor, said that at least 65 civilians had been killed and 285 others injured in the conflict in Donbass in 2017.

Over 2,700 civilians have been killed in the armed conflict in eastern #Ukraine. Civilians are #NotATarget pic.twitter.com/bE6GEG1yVw

The military conflict in Donbass started in 2014, when the Ukrainian authorities launched a military operation against the self-proclaimed Donetsk People’s Republic (DPR) and Lugansk People’s Republic (LPR) that refused to recognize the new government in Kiev, which came to power after what many considered to be coup.

In February 2015, a peace deal was signed between the conflicting sides in Minsk following the talks brokered by the leaders of Russia, France, Germany and Ukraine — the so-called Normandy Format. According to the agreement, besides other requirements, the conflicting parties have to introduce safe zones to stop violence and pave way for a diplomatic reconciliation. Nevertheless, sporadic armed conflicts keep reoccurring in the region.