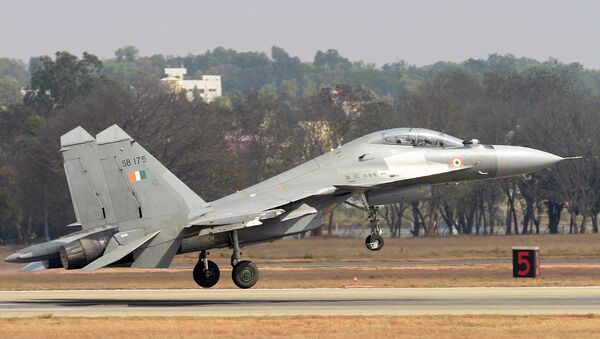 © AFP 2023 / MANJUNATH KIRAN
Subscribe
International
India
Africa
Russia's arms export orders have reached a peak and are expected to stand at $48-50 billion in the next few years.

MOSCOW (Sputnik) — Russia's arms order export portfolio will stand at $48-50 billion in the coming years, while annual exports of arms will amount to about $15 billion, the head of Russia's Federal Service for Military-Technical Cooperation (FSMTC) said.

"According to expert estimates, Russia has reached a certain peak in the volume of export orders, which will remain at a consistently high level of $48-50 billion in the next few years. This makes it possible to forecast the volume of export deliveries for the next few years at the level of about $15 billion, which in turn will allow our country to confidently retain the second place among the world's largest exporters of military products," FSMTC Director Dmitry Shugaev said in an interview with National Defense magazine.

Russian State Arms Exporter Expects 50% of 2017 Exports to Be Aviation-Linked
According to Shugaev, in the area of defense industry cooperation Russia maintains relations with over 100 countries, with India being one of the largest partners.

"All types of Russian-made military equipment — land, sea and air — are widely represented in the Indian Armed Forces. Today, India accounts for more than 15 percent of Russia's export orders portfolio in the area of military-technical cooperation. The Republic of India has traditionally been one of the largest buyers of Russian arms and military equipment, not only in the Asia-Pacific region, but also globally," Shugaev added.