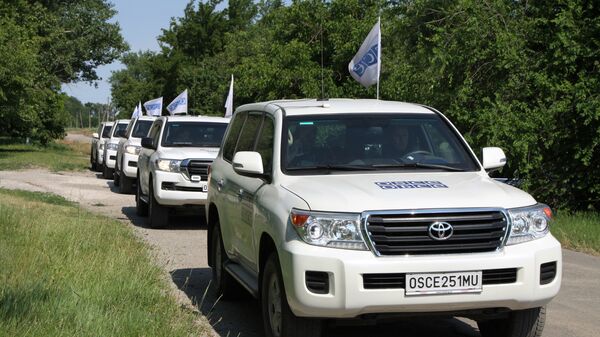 LUHANSK (Sputnik) — On Friday, the SMM OSCE press service said that observers resumed round-the-clock monitoring of the situation on the site of the planned withdrawal of forces in the area of Stanytsia Luhanska.

"We recently saw a similar forward patrol base opened by SMM in Popasnaya. As experience has shown, shelling in this area on the part of Ukrainian forces has not diminished, but began to appear in the daily mission reports," Marochko said.

Kiev Adopts Energy Strategy Until 2035 Amid Severe Energy Crisis
The military conflict in Ukraine erupted in 2014 after the self-proclaimed east Ukrainian republics refused to recognize the new Ukrainian government that came to power in what they perceived to be a coup. The ceasefire agreement was reached in Minsk in 2015, brokered by the leaders of the Normandy Four group, but the situation has remained tense.

On June 21, a trilateral contact group, composed of Russian, Ukrainian and Organization for Security and Co-operation in Europe (OSCE) mediators, agreed to impose a ceasefire in Ukraine's eastern regions during the summer harvest, which would last from June 24 to August 31. However, the ceasefire failed to hold with both sides of the conflict continuing to blame each other of violations.