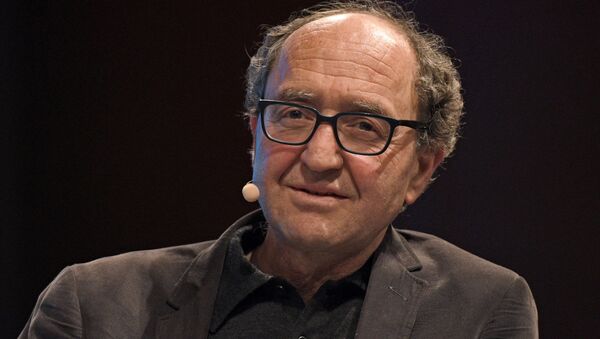 MOSCOW (Sputnik) — On Saturday, Spanish police detained Akhanli at the request of Turkey's authorities. Akhanli's lawyer said that the detention was based on a criminal case, allegedly politically motivated, which was filed in Turkey.

According to Der Spiegel, German Foreign Minister Sigmar Gabriel instructed German diplomats in Spain to talk with the Spanish government about the next steps to be taken. They asked, in particular, for Germany to be directly involved in the process related to the arrest warrant for Akhanli.

Terror Threat Level in Germany Stays High Amid Catalonia Attacks - Ministry
According to the magazine, Germany hopes to solve the issue with the help of Spain. Ankara must submit a detailed request for Akhanli’s extradition, which has to be considered by the Spanish judicial authorities. After this, the authorities may approve the extradition, but Germany hopes that this will not happen.

Earlier in the day, Social Democratic Party of Germany (SPD) Martin Schulz condemned the arrest of Akhanli, calling for denying his extradition to Turkey and for an immediate release of the writer.

The 60-year-old writer has been living in German city of Cologne since 1992. His works mostly focus on the Armenian genocide, which started in Ottoman Empire in 1915 and is vehemently denied by Ankara.