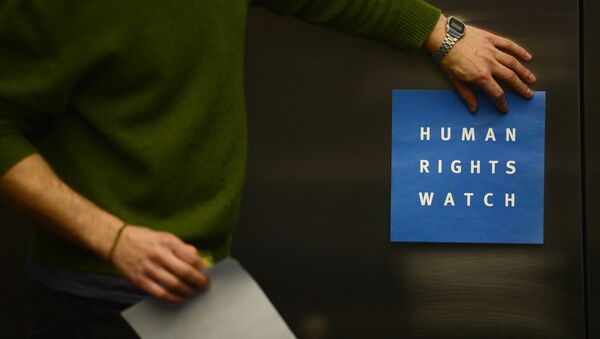 MOSCOW (Sputnik) — Hisham al-Omeisy is a political activist who provided commentary and analysis on Yemeni armed conflict through social media in English and Arabic. On Monday, armed security officers from the National Security Bureau (NSB) detained and took him to an undisclosed location.

"Houthi authorities should immediately release al-Omeisy and return him safely to his family," Sarah Leah Whitson, the Middle East director at Human Rights Watch, said in a statement.

Yemen more than ever needs activists like Omeisy to bring attention to the devastation that war brings the country and its people, Whitson added.

Iran Support for Efforts to Resolve Yemen Conflict ‘Remain Strong’
"This detention illustrates the lengths to which local Huthi-Saleh authorities’ are willing to go to silence peaceful activists. Hisham al-Omeisy is a prisoner of conscience, whose only ‘crime’ is peacefully exercising his right to freedom of expression, and he must be released immediately," Samah Hadid, the director of Campaigns for Amnesty International in the Middle-East, stressed.