'Don't Put Daesh and Basque Nationalists in the Same Basket': Here Is Why 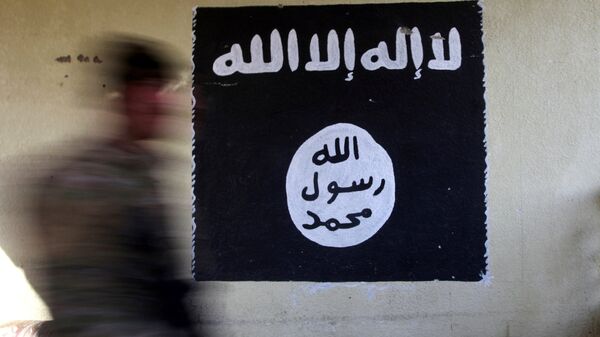 © REUTERS / Alaa Al-Marjani
Subscribe
Following the attack in Barcelona, mainstream media rushed to point out Spain is no stranger to terrorism but a University of Valencia academic told Sputnik why parallels should not be drawn between Islamic terrorism and Basque nationalism.

Fourteen people were killed on Thursday when a man drove a van into crowds of people in the center of Barcelona. Some mainstream media have highlighted in their headlines that Spain is "no stranger to terrorism" and referred to the country's "long anti-terror experience" with violent Basque independence campaign waged by ETA (Euskadi Ta Askatasuna) separatist organization.

However, Dr. Carlos Flores Juberias, a constitutional law professor and political analyst from the University of Valencia, told Sputnik that a clear and important distinction between the two organizations should be made and the attack in Las Ramblas was very different to anything Spain had experienced before.

"ETA had a political goal and it was part of a political strategy and what makes Islamic terrorists extremely unpredictable and difficult to contain  is that it can strike anywhere and anytime. While ETA needed weapons and explosives these people need only a van or a car or even less to kill a dozen people and that makes them much more unpredictable. We know Catalonia has been a main objective for Islamic terrorists for some time. A number of radicalized Muslims have been living or traveling through Catalonia. It is an ethnically diverse region and there are thousands of Algerians, Egyptians and other Muslims, which makes it quite easy for them to hide there and settle there."

According to Dr. Flores Juberias, Islamic terrorists have the potential to strike in the most sensitive places in Spanish society, as happened with the Madrid attacks (in 2004) prior to the elections which saw the Socialists elected.

"Islamic terrorism does not have a specific political agenda apart from creating terror and insecurity. No concessions can be made to them."

"I would not put them in the same basket with ETA, although both are 100 percent rejectable," Dr. Flores Juberias stressed. 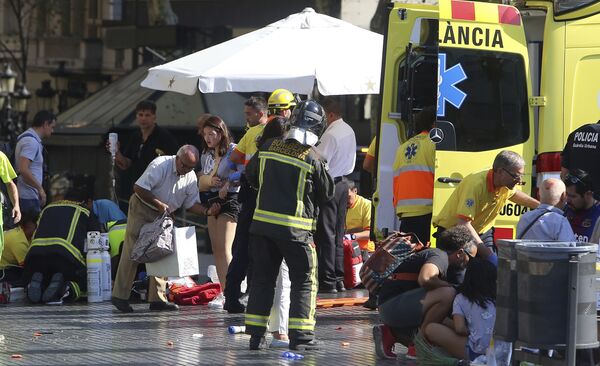 "Despite what happened yesterday in Barcelona there was a similar attack in Cambrils which was stopped and we have to congratulate the police for that," he said.

Hours after the terror attack in Barcelona,  in Cambrils police shot dead five people wearing fake bomb belts who plowed into a group of tourists and residents with a car. In all, six people, including a police officer, were injured in the Cambrils incident.

Spanish media have named Moussa Oubakir, 18, as the suspect in Thursday's attacks. He is the brother of Driss Oubakir, whose documentation was allegedly used to rent the van involved in the attack. 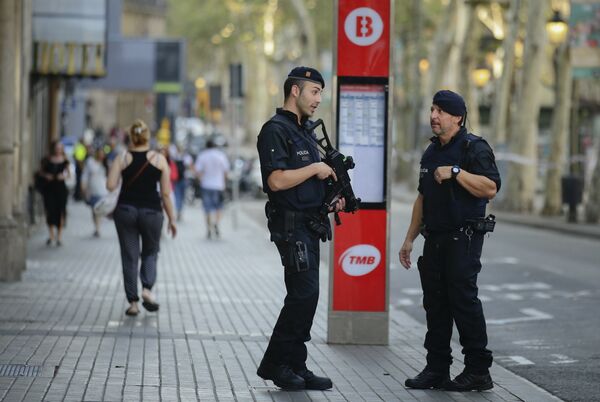 Step Up to Islamist Terrorism

Dr. Flores Juberias also called on the Catalan nationalists who dominate politics in Barcelona to put aside their pro-independence agenda in order to step up security and tackle Islamist terrorism.

A non-binding referendum is planned for October. 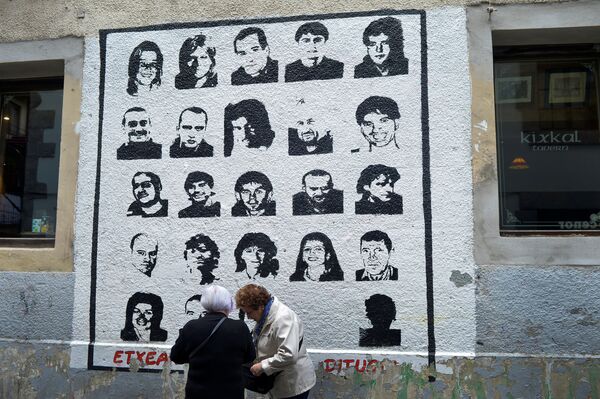 Women speak alongside a mural depicting imprisoned armed Basque group ETA members, under which reads "We Want Them Home", in the Basque town of Hernani, Spain March 31, 2017.
© REUTERS / Vincent West

"The political debate in Catalonia has been focused on the nationalist issue and people are dying on the streets. Isn't it time people shifted their priorities to security, rather than their partisan agendas?" Dr. Flores Juberias told Sputnik.

He said he was wondering what the Catalan nationalists' reaction would be to Thursday's events.

"Are they going to say 'We are sorry about what happened in Barcelona but we are going to go on with our agenda'?"

ETA's long and ultimately successful campaign formally ended with a ceasefire in 2011 and the handover of the organization's weapons earlier this year. The Basque Country, centered on Bilbao, has autonomy but no independence.