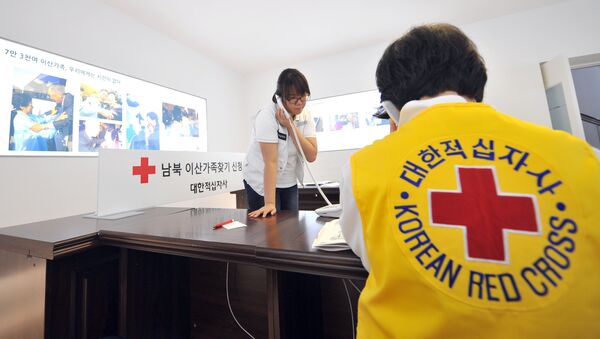 MOSCOW (Sputnik) — On Wednesday, South Korean President Moon Jae-in approved the appointment of Park, a human rights expert, as the new head of the organization. His inauguration will take place on Friday.

"In his inauguration speech, he will emphasize the organization's mission of forging a humanitarian community between the two Koreas and ushering in an era of peaceful coexistence on the peninsula," the representative said, as quoted by the Yonhap news agency.

He also added that Park was expected to reiterate Seoul's plea to hold inter-Korean talks in order to resume joint humanitarian projects, including the reunion of families which were separated after the 1950-1953 Korean War.

Lavrov: US-South Korea Drills May Escalate Tensions on Korean Peninsula
The situation on the Korean Peninsula has aggravated in recent months due Pyongyang's missile launches and nuclear tests, all conducted in violation of UN Security Council resolutions.

In July, Seoul proposed to Pyongyang that bilateral talks between the countries' military officials and Red Cross representatives be held on August 1. Should the commence, the talks are expected to ease tensions across the border and resume the practice of family reunions. The specific proposals were forwarded to Pyongyang, but as of yet, no response has been given.