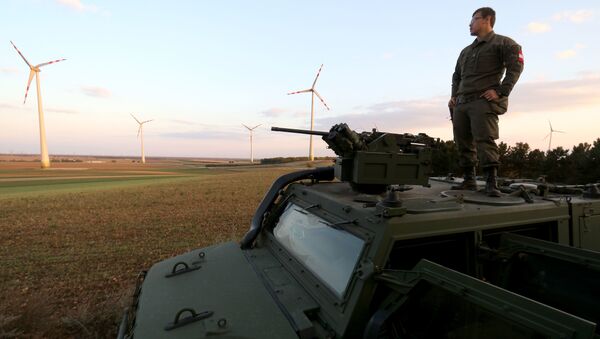 Italian Interior Minister Marco Minniti on Thursday criticized Austria's decision to deploy troops at their shared border in the Alps, stressing that the move was unjustified, local media reported.

ROME (Sputnik) – On Wednesday, media reported, citing authorities, that Austria was sending 70 soldiers to the border with Italy in the Alps to combat illegal migration. The servicemen are expected to assist police on the Brenner Pass along the Austrian-Italian border amid the increased illegal border crossings by migrants.

Austria Deploys Troops to Italian Border to Stop Migrants from Coming In
According to the La Stampa newspaper, Austrian authorities adopted the controversial measures in spite of the fact that the number of illegal migrants crossing the border had been declining. The media outlet reported that Minniti had requested Italian police representatives in Austria to inform his Austrian colleagues about Rome's disapproval of Vienna's unilateral moves, that "are likely to undermine the positive work of cooperation that is being carried out daily and has so far produced excellent results."

"The situation at Brenner [Pass] is quiet, it does not require the adopted emergency measures," Minniti said as quoted by the newspaper.

In early July, Austrian Defense Minister Hans Peter Doskozil said Austria was ready to deploy 750 servicemen and four armored personnel carriers to the Italian border. Austria’s Chancellor Christian Kern in a joint statement with Doskozil later explained that Vienna would strengthen control along its border with Italy if there was a risk of a new influx of migrants to the country.

According to the International Organization for Migration (IOM), more than 117,000 migrants arrived in Europe by sea since the beginning of this year, with almost 85 percent of them coming to Italy.