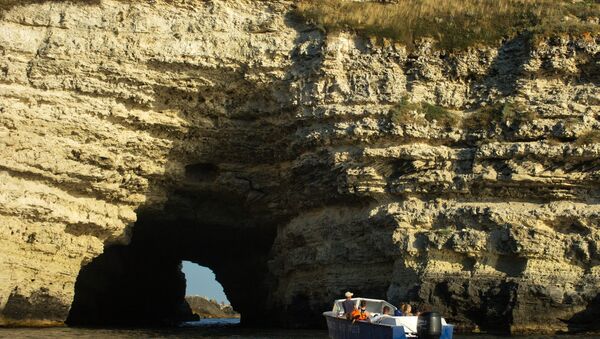 © Sputnik / Sergey Malgavko
/
Go to the photo bank
Subscribe
A delegation from Germany arrived in Russia's Crimea on Thursday to take part in the events commemorating the 76th anniversary of the deportation of Crimean Germans, the chairman of the Crimean German Cultural Autonomy, Yury Gempel, told Sputnik.

SIMFEROPOL (Sputnik) – In August 1941, over 60,000 Germans living in Crimea were forcibly resettled from the peninsula.

"A half of the delegation has already arrived in Crimea. Eighteen people, in total. They are German citizens, mainly the representatives of two parties: Die Linke [the Left Party] and Deutsche Mitte [German Center]," Gempel said, adding that the delegation would participate in the events set for Friday to commemorate the victims of Germans’ deportation from Crimea.

German representatives have already paid multiple visits to Crimea after the autonomous republic rejoined Russia as a result of a popular referendum in March 2014. Previously, a delegation from Germany and Austria arrived in Crimea in early July.