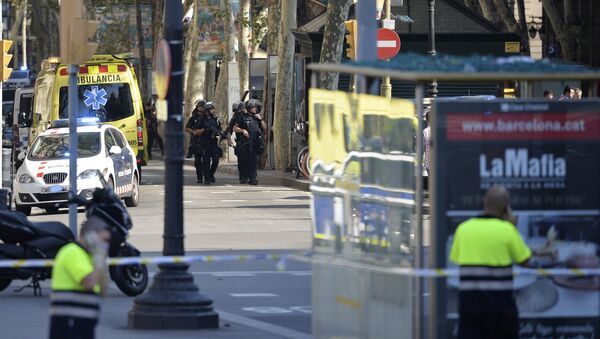 A first video showing aftermath of van ramming into a crowd in Barcelona appeared on Web.

At least 7 people were killed and 20 people were injured after a van hit pedestrians in Spain’s Barcelona, police are searching for the driver who fled the scene, local media reported. Earlier in the day, the Catalan police force confirmed that a van had hit pedestrians in the Ramblas area injuring several people.

​According to El Periodico newspaper, shots were heard at the scene. El Pais newspaper, meanwhile, reported that the local authorities did not believe that the incident was a terrorist attack, but related to drug trafficking, with the driver hitting several people trying to flee.

The local emergencies services have requested the closure of train and underground stations in the vicinity.