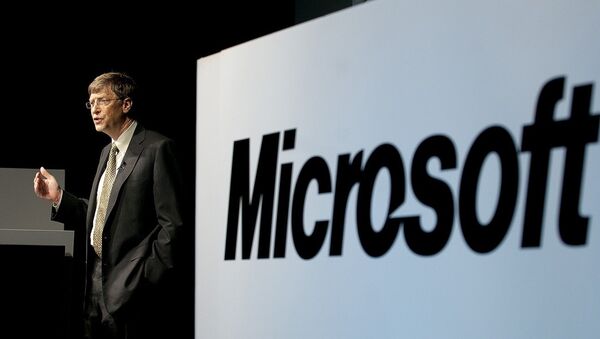 Microsoft co-founder Bill Gates, the 61-year-old currently worth $85.2 billion, made his most generous donation since 2000 this summer, giving away Microsoft Corporation shares worth $4.6 billion.

According to Securities and Exchange Commission (SEC) filings, the billionaire donated 64 million software shares — 5 percent of his total wealth — on June 6. The shares were valued at $4.6 billion at the time. Although the SEC filing doesn't explicitly state where Gates directed his donation, he typically donates to the Bill & Melinda Gates Foundation.

In addition to the Bill & Melinda Gates Foundation, Bill Gates also co-founded the Giving Pledge foundation in 2010 with billionaire investor Warren Buffett to push wealthy individuals to donate their money to philanthropic causes. There are currently 168 rich individual members of Giving Pledge.

Bloomberg reported that the last time Gates made such a big donation was over a decade ago, when he donated $16 billion worth of stock in 1999 and $5.1 billion just a year later.

According to The Verge, Gate's stock in Microsoft could diminish to zero by 2019 if he continues to donate as much as he has been, and were it not for his donations, Gates would be $50 billion richer. Former Microsoft CEO Steve Ballmer still holds the title of largest holder of Microsoft stock, trailed by Gates and current Microsoft CEO Satya Nadella.

Gates is still the richest person in the world, although his net worth has dropped from a high of close to $100 billion to $85 billion, according to Forbes. However, Gates has some competition from Amazon founder Jeff Bezos, who has recently been keeping pace with him. Bezos leapfrogged Gate last month, but Gates is now back to being the world's richest person after Amazon's share price dropped.

Maybe being the richest man on Earth isn't all that important to Gates, anyway.

"I can understand wanting to have millions of dollars. There's a certain freedom, meaningful freedom, that comes with that," Gates told students at the University of Washington in 2011. "But once you get much beyond that, I have to tell you, it's the same hamburger."