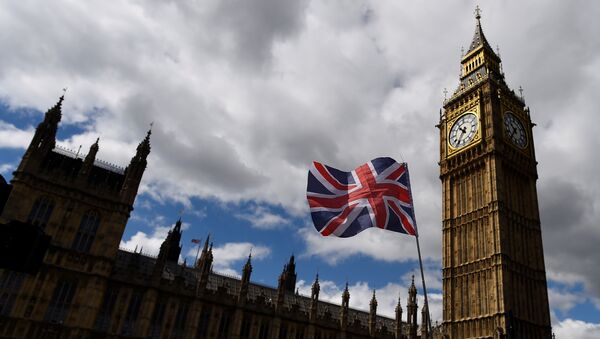 British peace activists are planning to stage a massive seven-day protest in London during a September arms fair, considered to be one of the world's largest.

LONDON (Sputnik) — Anti-war activists from across the United Kingdom plan to gather in the UK capital in September for a week-long event in opposition to London's Defence and Security Equipment International (DSEI), one of the world's largest arms fairs, a spokesman for Campaign Against Arms Trade (CAAT) group, told Sputnik.

UK Ships Arms Worth Millions to Venezuela, While Alleging Human Rights Abuses
"As far as arms fairs go this one is one of the biggest and you can quite literally buy anything here, from air to air weapons to naval armaments. The problem is that it will be hosting delegations from governments with awful human rights records, despite the fact it's cosponsored by the Ministry of Defence and the Department of International Trade," Andrew Smith said.

The DSEI arms fair will take place on September 12-15 at the ExCel exhibition center in east London. Activists plan to hold protests on September 4 in an attempt to disrupt the event before it can convene.

"There's going to be seven days of blockade and protest right outside. The reasons for doing it beforehand is to try and stop the equipment from getting in. The main protest will take place on the 9th, but before then we have a number of activities lined up to address specific issues that arise from the global arms trade," Smith said.

Over 1,600 suppliers from companies from across the world are expected to attend the DSEI fair.

"The British government talks a strong game on human rights yet on the other hand invites human rights abusers from all over the world to come to London to buy weapons," Smith said.

Yemeni Blood: 'It's Essential That US and UK Stop Selling Arms to Saudi Arabia'
CAAT recently initiated legal action against the UK government over ongoing weapons exports to Riyadh amid concern that UK-made weapons might have been used against civilians in Yemen, gripped by civil war. The High Court, however, rejected their case, arguing that the UK government's policy in this area was rational and in compliance with international law.

July statistics released by the UK government suggest that 57 percent of the country's defense exports went to the Middle East in 2007-2016, compared to 20 percent that went to North America and 10 percent to Europe and Asia Pacific, each.