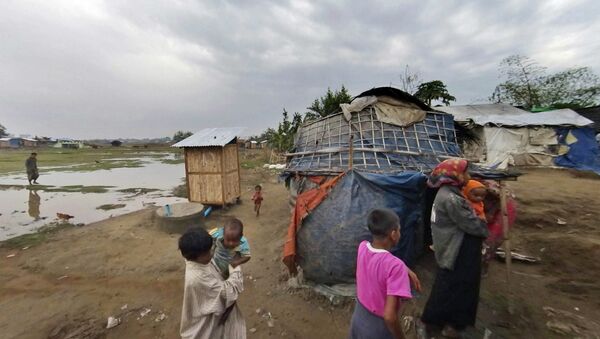 Last week, the Indian central government directed state authorities to deport illegal immigrants from India, including Rohingyas, a Muslim ethnic minority that is in danger of persecution in their home country of Myanmar, The Times of India reported.

About 40,000 Rohingyas have fled to India after being rejected from their home country and the United Nations High Commissioner for Refugees (UNHCR) has issued identification cards to about 16,500 Rohingyas to prevent them from being harassed, arbitrarily arrested, detained or deported.

According to the Indian Ministry of Home Affairs, "Due to a variety of reasons, including political and economic turmoil in neighboring countries, people from such countries often enter India. There are cultural and ethnic similarities, on many occasions such migration goes unnoticed and they settle in Indian territory."

However, India Prime Minister Narendra Modi claimed that Rohingya peoples' registration status with the UNHCR would not exclude them from detection and deportation, warning that any illegal immigrants in his fatherland threaten the security and rights of Indian nationals and encroach upon national resources.

"They are doing it, we can't stop them from registering. But we are not signatory to the accord on refugees," Modi claimed, adding that, "As far as we are concerned they are all illegal immigrants. They have no basis to live here. Anybody who is an illegal migrant will be deported."

The Indian home ministry also confirmed these beliefs, stating that, "These illegal immigrants not only infringe on the rights of Indian citizens but also pose grave security challenges," referring to the rise in terrorism over the last few decades due to vulnerable immigrants readily embodying terrorist ideologies.

It is not a secret that Indian terrorist organizations like Mujahideen and Lashkar-e-Toiba are sympathetic towards Rohingya people. The 2013 terrorist attack at the Mahabodhi temple in Bodh Gaya was motivated by the killing of Rohingyas in Myanmar. Abdul Karim Tunda, a bomb-maker for Lashkar-e-Toiba, also admitted to actively recruiting Rohingyas after being arrested in 2013.

However, according to India's UNHCR office, the practice of non-refoulement — which states that a country's international obligation is not to force asylum seekers to return to a nation in which they face danger — falls under international law duties for all states, regardless of whether a country has signed the Refugee Convention, which India has not. The office also added that it hasn't received any official word that Rohingya refugees are to be deported.

There are approximately 300,000 Rohingya people also living in settlements in Bangladesh. Like the Indian government, the Bangladesh government has also expressed concern regarding the flood of refugees: "We hope the Rohingya will be able to return to Myanmar. Our population levels are already at an unbearable burden."