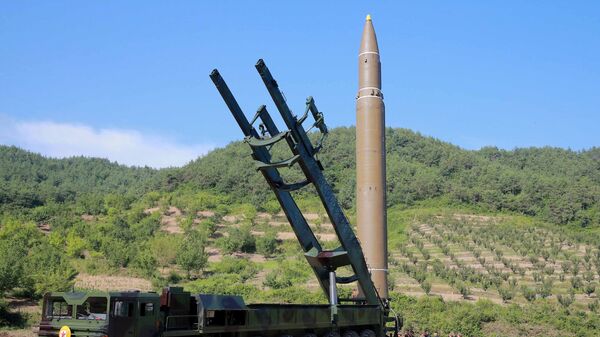 US observation satellites have apparently spotted North Korean missiles being moved into position for what may be another launch – a move that may further escalate the already volatile situation in the region.

World
Pressure Tool on China: How Washington Uses N Korea Against Beijing
US Defense Secretary James Mattis warned that further escalation may swiftly devolve into actual war, adding that many young servicemen may find themselves in a wartime situation.