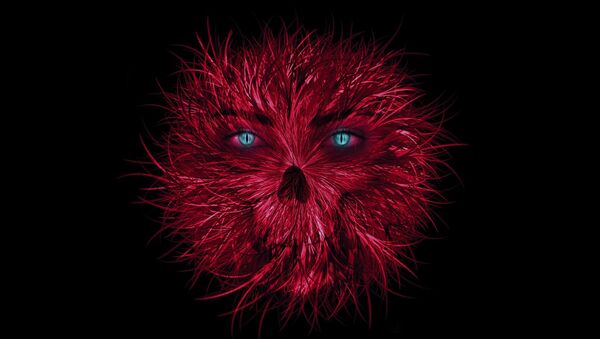 CC0 / Pixabay /
Subscribe
Health officials are desperately trying to stop the spread of a "Japanese fungus" which is resistant to drugs. Public Health England said it had spread to 55 hospitals across the UK.

Hospitals have been ordered to carry out deep cleans of all affected areas after 200 patients were found to be infected with the potentially fatal pathogen, Candida auris.

The fungus was first identified in the ear canal of a 70-year-old woman in Japan in 2009. It spread to the United States, Venezuela, Colombia, India, Pakistan, Oman, Israel, South Africa and Spain. The first case was detected in Britain in 2013.

Public Health England has now published an online guide in which it admits it is still unclear how the fungus is being spread.

"It appears to be transmitted from person-to-person in hospitals. This is most likely due to a number of factors. Candida auris is difficult to clear completely from the environment and it is easy to pick up on clothes, equipment, and hands," says the guide.

New: Research and analysis: Candida auris: a guide for patients and visitors https://t.co/SKVdtsCp77

"Our enhanced surveillance shows a low risk to patients in healthcare settings. Most cases detected have not shown symptoms or developed an infection as a result of the fungus," said Dr. Colin Brown, from Public Health England's national infection service.

"NHS hospitals that have experienced outbreaks of Candida auris have not found it to be the cause of death in any patients," he added.

In July, 20 hospitals in the UK had detected the fungus and another 35 had patients transferred to them who were known to be colonized with it. Three hospitals have seen large outbreaks but Public Health England said all three were now clear. It can cause bloodstream infections which can, in extreme cases, be fatal.

Although the fungus is drug-resistant it can be removed by introducing measures including screening and isolating infected patients, enhanced hand hygiene procedures, and extra cleaning of clinical areas.

Candida auris is part of a family of fungi or yeasts and its more well-known cousin, Candida albicans, is responsible for the vaginal infection known as thrush.

A team at the British government's secret Porton Down facility, where the UK's chemical and biological weapons program was based until the 1950s, is trying to create a disinfectant which will kill the infection.

Candida auris is the latest infection which has threatened hospitals globally.

MRSA (Methicillin-Resistant Staphylococcus Aureus) arrived on the scene 50 years ago, but it hit the headlines in Britain in 2004 when it was revealed that around 5,000 patients a year were dying as a result of the infection.

In healthcare environments, #MRSA can survive on surfaces and fabrics, including privacy curtains or garments worn by care providers.

A concerted effort to improve hygiene in hospitals led to a halving in the rate of infections by 2008 and they have been reduced further still.

But other bugs have become more of a problem.

Clostridium difficile — known as C.difficile — is a bacteria which is found in the gut of three percent of adults and two-thirds of babies. It is usually harmless, but if someone is taking antibiotics it can grow to dangerously high levels, causing serious and potentially fatal diarrhea.

Use of Novel Approaches to Reduce Clostridium Difficile in an Inner City Hospital https://t.co/LTmlL10Sa4 pic.twitter.com/14TVjnA511

The latest figures suggest 414 people were suffering from acute C.difficile infections in English hospitals. Earlier this year a woman died in the United States after a "superbug" proved resistant to 26 different antibiotics.

In 2016, the Center for Disease Control and Prevention said 75,000 US citizens died every year from infections acquired while in healthcare facilities.

An older adversary is Legionnaires' Disease, which is a bacteria which affects the lungs and sometimes finds its way into the air conditioning and water supplies of hospitals.

How can homeowners reduce the risk of exposure to the bacteria that causes Legionnaires’ disease? #HosepipeSafety https://t.co/CFvPI0JAvb pic.twitter.com/yVDdB6yVLn

The disease, which got its name because the first outbreak was during an American Legion veterans' convention, has led to a number of deaths, the most recent of which was in a hospital in Edinburgh in 2012 which killed four people.