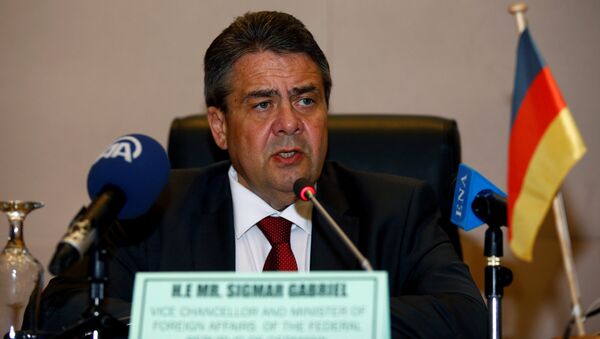 MOSCOW (Sputnik) — Speaking during an interview with the Koelner Stadt-Anzeiger newspaper, Gabriel stressed that it was high time to use "diplomacy, not battle cries."

"The US president is using incomprehensibly militaristic rhetoric… The danger is that such escalations begin with language and end with military action," Gabriel told the Koelner Stadt-Anzeiger newspaper.

German Chancellor Angela Merkel said earlier on Friday that the North Korean crisis could not be resolved by military means, stressing that using threats and harsh wording was wrong.

Asia
US Satellites Allegedly Spot North Korean Missile Launchers Moving Into Position
The tensions around North Korea have been high over recent months and escalated further after the tightening of economic sanctions against North Korea by the United Nations Security Council (UNSC) on August 5 in response to July's launches of ballistic missiles by Pyongyang.

The move prompted harsh criticism from Pyongyang which subsequently vowed to use any means possible to retaliate against the United States after the UNSC approved the new US-drafted sanctions. US President Donald Trump, in turn, warned that North Korea’s possible actions would be met with "fire and fury" from the United States. Following the statement, Pyongyang said it considered an attack near the Pacific island of Guam where several US military bases were located.