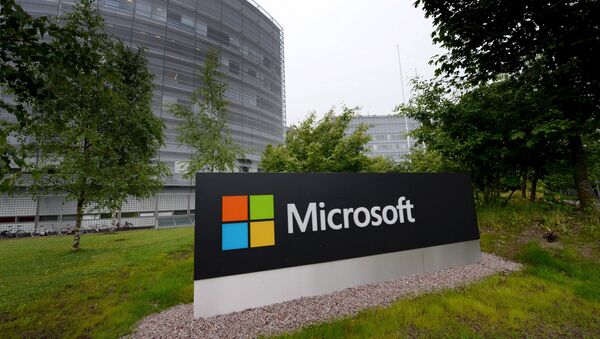 The Russian Federal Anti-Monopoly Service (FAS) has decided to halt its competition case into Microsoft after the company implemented its warning, and will not fine it, FAS Deputy Head Anatoly Golomolzin said Tuesday.

MOSCOW (Sputnik) — The FAS said in a statement that the IT giant has undertaken all measures to eliminate violations it was accused of.

"Today, both the applicant and the respondent companies confirmed that the violation was eliminated. Therefore, FAS closed the case against Microsoft … Seeing as the warning was fulfilled, there will be no penalties for Microsoft," Golomolzin said.

The FAS launched a case against Microsoft in November after receiving a complaint from the Kaspersky Lab cybersecurity company. The FAS issued a warning to Microsoft in June about the unacceptability of setting up a discriminatory environment on the antivirus market.

Russian Anti-Monopoly Body to Rule on Microsoft Competition Case on August 15
The move comes less than a week after Kaspersky Lab withdrew its complaints against Microsoft from the European Commission and German Federal Cartel Office (FCA) that it filed in June. The Russian firm said that the multinational corporation was favoring its antivirus applications in the Windows 10 operational system over software made by third-party companies.