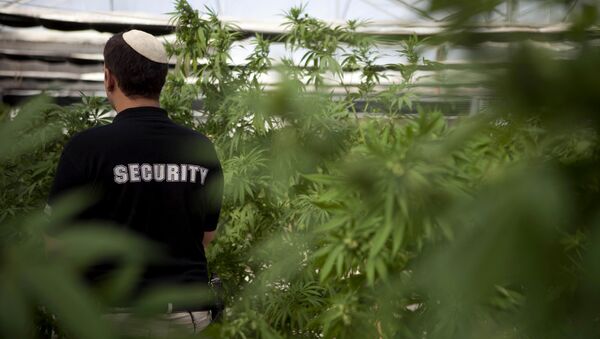 Israel has approved the export of medical marijuana, hoping to earn an estimated US$270 million - US$1.12 billion in a single year from the enterprise. Any national business, meeting certain requirements, may now obtain a license to grow, manufacture, store or distribute cannabis.

Speaking to local media, Finance Minister Moshe Kahlon said the export of medical cannabis was an industry with "significant economic potential" for Israel, which would particularly strengthen agricultural commerce in the Arava region.

"It will serve as an opportunity for the country to exploit its relative advantage in developing medical products from medical cannabis," he added.

The decision was greenlit by a committee headed by the two directors-general, and representatives from the agriculture, rural development, internal security, justice, economics, and industry ministries. Moving forward, the same team will assess sales requests.

From now on, the export of cannabis will be permitted in all its medicinal forms — smoking products, tablets, oils and more.

Some restrictions will apply — namely, exports will only be approved to countries that permit the use of medical cannabis, and only farmers who receive a Health Ministry license to grow marijuana and export it can be involved in the industry.

As of August 2017, the country is home to eight growers licensed to grow medical marijuana, producing about 10 tons a year collectively — although over 500 prospective growers have applied for licenses.

Kahlon's belief in the economic potential of medical cannabis is replete with quite some foundation — as of July 2017, the global price for cannabis is approximately US$10 per gram, although the price of medical grade weed is growing, despite supply increasing exponentially since the turn of the century — in 2000, global production stood at 1.3 tons annually, and by 2014 this had risen to 57.3 tons. Some estimates suggest the industry could be worth US$20 billion annually by 2020.

The push is not however without controversy in Israel, even in the government itself. Health Minister Yaakov Litzman has publicly opposed the move on legal grounds, although he has said he would accept it as long as some of the proceeds were directed to his ministry, and the country's health sector. He also noted that revenues were likely to be high, due to "international interest" in Israel's "world-leading" medical marijuana industry.

Weed? Oui: France to Decriminalize Marijuana Possession in September
In a sense, that Israel is well-placed to corner the world's medical marijuana market is unsurprising. The country has a chronic reputation as leader in international cannabis research — it was Israeli scientists Raphael Mechoulam of Hebrew University and Yechiel Gaoni of the Weizmann Institute that first isolated THC, the psychoactive chemical component in marijuana that causes a high, in 1964.

The country was also the world's first to legalize marijuana for medical use, in the early 1990s for cancer patients, and in 2004, the Israeli Defense Forces began using THC to treat post-traumatic stress disorder in its soldiers.

As a result, Israel has many advantages in the field. Its regulation and research and development is highly advanced and facilitative, and its climate is also ideal for production. In fact, experimentation is so far advanced that the Tikun Olam company has developed a variety of marijuana capable of providing the medical benefits of cannabis without THC.

Many researchers believe THC to be highly hazardous for users' mental health, and it is concerns about the psychoactive ingredient that have hindered wider research — and decriminalization —of cannabis internationally.