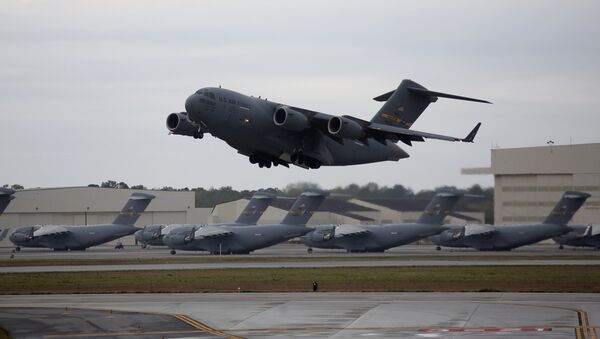 The Defense Department announced that Boeing received a contract worth more than $7.1 billion for C-17 transport aircraft maintenance.

"Boeing Co., Huntington Beach, California, has been awarded a $7,127,000,000… for C-17 sustainment due to increase in fleet and number of operating bases," the release said on Monday.

The C-17 is designed to airdrop 102 paratroopers and equipment to main operating bases or directly to forward bases in war zones, according to published US Air Force documentation. The airplane can perform tactical airlift and airdrop missions, plus transport litters and ambulatory patients during aeromedical evacuations.

Work will be performed worldwide and is expected to be completed Sept. 30, 2021.