The Sound of Silence: For the Next Four Years London's Big Ben Will Be on Mute 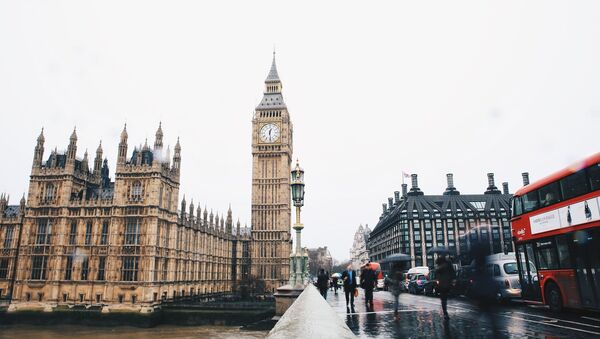 CC0 / Pixabay /
Subscribe
The ding-dong of Big Ben's famous bell is to be silenced for four years as restoration work is completed on London's famous clock. But why is it happening and when was the last time it was silenced?

Technically it is known as the Great Bell in the Palace of Westminster's Elizabeth Tower.

But for millions of tourists Big Ben is probably the most famous landmark in Britain's capital.

Thousands of selfies and videos are taken in front of it every week by visitors who have traveled from as far away as Japan, China, Russia, the US and Australia.

The bell has sounded on the hour for the last 157 years and even the Luftwaffe failed to silence it in the Second World War.

The clock has witnessed numerous moments of history, including tragedies like the terrorist attack on Westminster Bridge in March this year.

To ease the pain of Big Ben's silence we thought we'd share this plan of the clock face at the Houses of Parliament https://t.co/SPhfvxeV3p pic.twitter.com/U84OTqTkQR

It underwent a major refurbishment between 1983 and 1985, and it also fell silent to undergo some repairs in 2007.

There was also a nine month period in 1976 when the clock was silenced after the pendulum weights fell down the clock shaft and the mechanism exploded.

But now the entire structure is undergoing major restoration work and, because workmen will be working close by, the bell is going to be turned off to protect them from being literally deafened.

"The chimes are being stopped to provide a safe environment for the people working on the scaffolding," said a spokesman for the Palace of Westminster.

"Constant proximity to the chimes would pose a serious risk to their hearing, and would prevent efficient working," he added.

The Great Bell weighs 15 tons and strikes every hour to the musical note of E.

#BigBen will chime for the last time until 2021 at noon on 21 August to allow for essential conservation work https://t.co/RTWzeF9cAM pic.twitter.com/XizuYoNwet

It is accompanied by four quarter bells, which chime every 15 minutes.

The striking hammers will be locked and the bell disconnected from the clock mechanism, but tourists will still be able to adjust their watches to London time as one of the four faces of the timepiece will continue to work throughout the restoration process.

Get the Builders In! Parliament Faces 'Catastrophic Event'

An electric motor will drive the hands while the clock mechanism is being refurbished.

The four dials need to be carefully cleaned, the glass repaired and the cast iron framework renewed. The hands of each face will be totally removed and refurbished.

The only exemption in the four years of silence will be on New Year's Eve and on Remembrance Sunday, when the clock plays a significant role in the ceremony at the nearby Cenotaph.

"This essential program of works will safeguard the clock on a long term basis, as well as protecting and preserving its home — the Elizabeth Tower," said the clock's keeper, Steve Jaggs.

"Big Ben falling silent is a significant milestone in this crucial conservation project," he added.

"As Keeper of the Great Clock I have the great honor of ensuring this beautiful piece of Victorian engineering is in top condition on a daily basis," said Mr. Jaggs.

Architect Charles Barry won the commission to design the new Palace of Westminster in 1840.

We shall miss your bongs, Big Ben. This image from 'London Town' by Ellen Houghton and Thomas Crane (London, 1883) is for you. pic.twitter.com/Hx01C3xiwH

The palace opened in 1852, the same year that John Dent was appointed to build the clock based on the designs of Edmund Beckett Denison.

The first Big Ben bell was cast at a foundry in Whitechapel, east London, and was brought to Westminster on a carriage drawn by 16 white horses.

How exactly are we going to have a proper New Years countdown without Big Ben!? #FirstWorldProblems pic.twitter.com/1IQg8rq1p7

Seven years later the clock finally came into use.

It was built of stone from Yorkshire in England and Normandy in France, but during the 1980s refurbishment stone from Rutland in the English Midlands had to be used.

During the Second World War the light in the bell was extinguished and it rang silently in the darkness, to comply with the blackout regulations.