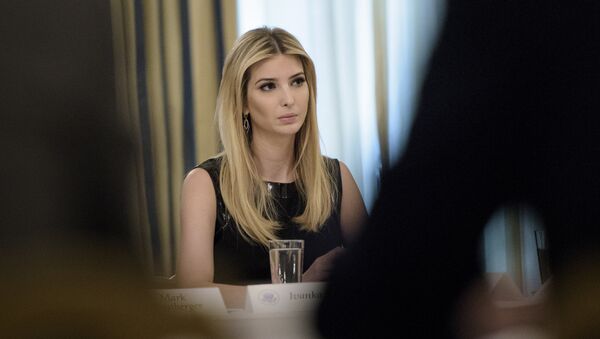 MOSCOW (Sputnik) — US President Donald Trump’s daughter Ivanka on Sunday urged the US citizens to fight racism and neo-Nazism following violent clashes between far-right activists and counterprotesters in Charlottesville, Virginia.

"There should be no place in society for racism, white supremacy and neo-nazis. We must all come together as Americans — and be one country UNITED," Ivanka wrote on Twitter.

1:2 There should be no place in society for racism, white supremacy and neo-nazis.

Russian MP on Charlottesville: US Should Deal With Own Problems First
​On Saturday, white nationalists organized a rally in Charlottesville, protesting against the removal of a monument to Confederate Gen. Robert E. Lee. The rally subsequently led to clashes and culminated in a car ramming attack, leaving one person dead and more than 30 injured. In addition, two Virginia State Police troopers died when their helicopter crashed, as they patrolled near the site of clashes.

Terry McAuliffe, the governor of the state of Virginia, declared a state of emergency in Charlottesville.

In a statement, President Trump condemned the violence in Charlottesville, calling the events a "display of hatred, bigotry and violence on many sides."

Several US senators both of the Democratic and Republican parties have also condemned the violence as an act of "domestic terrorism."