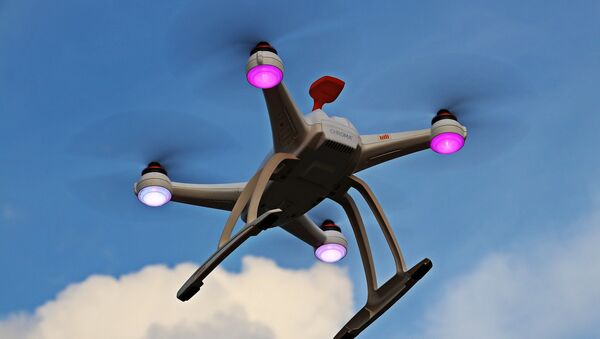 The so-called Islamic State terrorist group, also known as Daesh, remains a major threat despite its recent military setbacks. According to a new UN report, Daesh continues to motivate and enable global attacks and get financing. Radio Sputnik discussed the issue with Dr. Ahmet Yayla, an adjunct professor at George Mason University in Virginia.

“Daesh is a very dynamic terrorist organization; it keeps changing its tactics and is looking for new ways to attack. They can now drop high explosives using commercial drones, which are readily available to the public. This means that Daesh engineers can adapt any technology that is out there for different types of attacks,” said Ahmer Yayla who served as the chief of the Counterterrorism and Operations Division for the Turkish National Police.

Daesh Drones Appear in West Mosul Multiple Times Every Day
He is also the author of the book “ISIS Defectors: Inside Stories of the Terrorist Caliphate”.

When asked to give a specific prognosis on the global front against terrorism, now that Daesh terrorists are seizing cities in the Philippines, Ahmet Yayla said that approaches to fighting terrorism need to be custom-tailored based on specific localities.

“The methods that work in Europe wouldn’t work in the Middle East, that’s why we need to tailor our policies to locations and the specific socioeconomic conditions on the ground,” Dr. Yayla noted.

He outlined two important aspects of the ongoing war on terror. The first is to provide security and end local conflicts between governments and their people.

“Daesh thrives on this using these divisions to justify their terror and recruit young people. We must be able to provide local security to protect citizens locally; otherwise they will be in danger of being approached by Daesh recruiters.”

The second aspect has to do with ideology.

“Right now, Daesh and al-Qaeda are using Salafist jihadism as their ideology. It is very close to Wahhabism, which is the official ideology of Saudi Arabia and some other Gulf states, which, in their turn, are helping the jihadists to promote their ideology and recruit new people,” Dr. Yayla continued.

World
Daesh's Money Transfer eBay Scheme: Here's Why it Works
He underscored the need to monitor this recruitment activity at the early stages to see whom they are recruiting and intervene to prevent them from joining in. He added that the terrorists were establishing friendly relations and personal bonds with the people they try to recruit, indoctrinating them with their ideology.

“We have plenty of time to intervene and stop this recruitment cycle and diminish the future activities of those terrorists by going to the very source of terrorism, Dr. Ahmet Yayla concluded.

Experts say that money transfers usually sent abroad in small sums, show that the terrorists have stepped up their international activities. This coincides with a higher pace of attacks carried out across Europe.

The UN report notes that funding resources are still obtained from oil revenue and the imposition of taxes on local populations in the regions under Daesh control. It also highlights that Daesh continues its attempts to expand its footprint beyond Europe, notably in Southeast Asia.