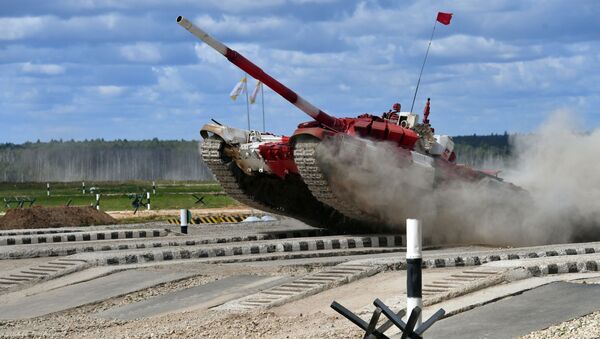 Enjoy the spectacular show dedicated to the closing ceremony of the 2017 International Army Games in the Moscow region.

The International Army Games 2017, hosted by Russia, Azerbaijan, Belarus, Kazakhstan and China, started on July 29 and lasts through Saturday. The event has been held annually since 2015 at the initiative of Russian Defense Minister Sergei Shoigu.

About 200 military attaches and nearly 300 foreign observers are expected to attend the final of the international Tank Biathlon contest and the closing ceremony of the large-scale annual International Army Games 2017 in Moscow Region's Alabino training area, according a spokesperson for the Army Games press center.

"There were also observers from Germany, the United States, Denmark, Switzerland, the Netherlands. Nearly all NATO states were represented by military attaches," the spokesperson explained, adding that all of them were pleased with the contests and plan to propose their governments to take part in the next International Army Games in 2018.