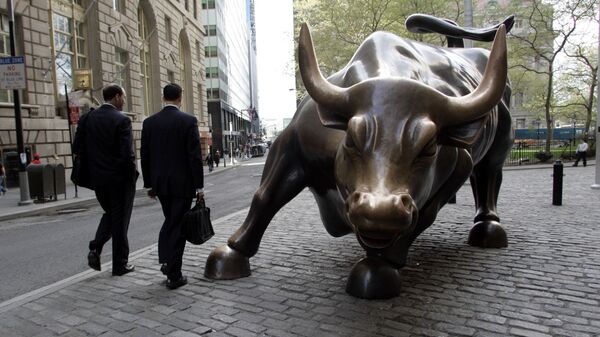 Following Pyongyang‘s August 8 pronouncement that it had successfully miniaturized a nuclear warhead for its burgeoning ICBM fleet, US President Donald Trump made several inflammatory statements involving the phrase "fire and fury" and, one day later, the stocks of arms builders and weapons manufacturers skyrocketed.

While the stock market has been noted to be on an upswing in recent weeks, last week's midweek figures were notably down — except for those of weapons manufacturers.

Weapons builders and military equipment suppliers are an attractive investment, if you can stomach that your money comes from selling devices that are made specifically to kill people, according to Defense One.

A recent Morgan Stanley analysis of weapons builders has suggested that stocks will rise.

"[W]e expect this intense budget debate over the next few weeks and months to yield positive results," asserted an L3 Technologies spokesperson only last month.

The business and financial community note that US military spending is on track to top last year, and that increases are likely in the coming months.

"I believe that there is real interest and desire in additional [military] spending which will manifest itself in some more additional funding and budget for defense," said General Dynamics CEO Phebe Novakovic.

"It's just a question of how much," she said.