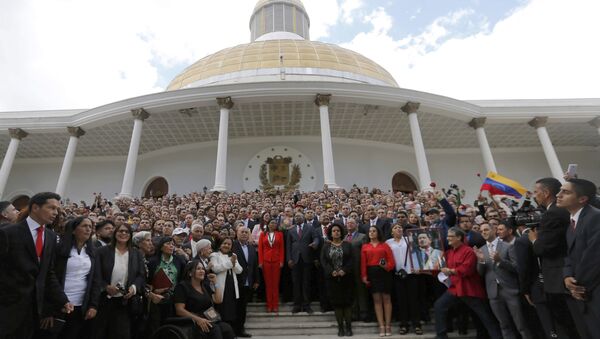 Venezuela’s Defense Minister Vladimir Padrino announced Friday the capture of two men suspected of playing a key role in an attack on a military base in Caracas last weekend.

"I inform the people of Venezuela that… the perpetrators of the terrorist attack on the HQ of the 41st armored brigade have been caught," the minister tweeted.

A group of civilians wearing military uniforms and a military defector were reported to have assaulted the Paramacay base last Sunday. President Nicolas Maduro said two people had been killed and one injured. Diosdado Cabello, the vice president of the ruling United Socialist Party, said the attack was of terrorist nature.