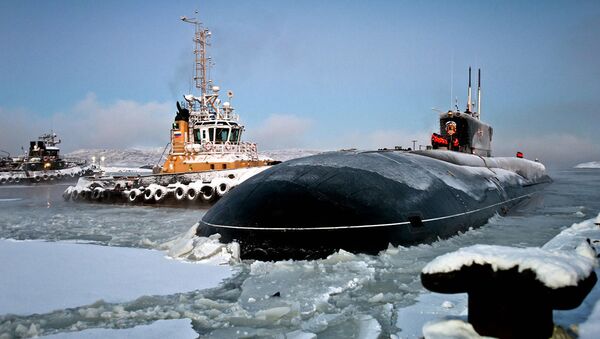 Russia’s Admiralty Shipyards is building a compact shipyard for submarines' construction, the company’s CEO said in an interview to Sputnik.

ST.PETERSBURG (Sputnik) – Russia’s Admiralty Shipyards is building a compact shipyard for construction of submarines, the company’s CEO, Alexander Buzakov, said in an interview with Sputnik, adding that around 5 billion rubles ($83.5 million) will be invested in the project.

"These works are planned as part of the federal program for the Development of the Military-Defense Complex in 2011-2020. We are implementing the project for the creation of a compact shipyard for submarines construction in the southern construction district," Buzakov said.

Russia's Admiralty Shipyards to Sign Deal on Two Lada-Class Subs Constuction
Buzakov added that the project required the reconstruction of a shipyard’s slipway facility at which the vessels are assembled and floated out as the facility has not been modernized in over 40 years.

The reconstruction of the slipway facility will begin after all the necessary tender procedures have been carried out and the contractors for the project implementation have been chosen, Buzakov noted, adding that the works are expected to be conducted within two years.

"We have done a lot as part of the compact shipyard construction project. The hull manufacture facility has already been constructed and is now being put into commission… The reconstruction of the slipway facility is the final stage of the project. The overall volume of financing amounts to around 5 billion rubles, including the funds as part of the federal program as well as the shipyards’ own funds," the official said.

The Admiralty Shipyards, located in Russia’s second largest city of St. Petersburg, is one of the oldest country’s shipyards. The company is affiliated with the United Shipbuilding Corporation, the largest shipbuilding company in Russia.