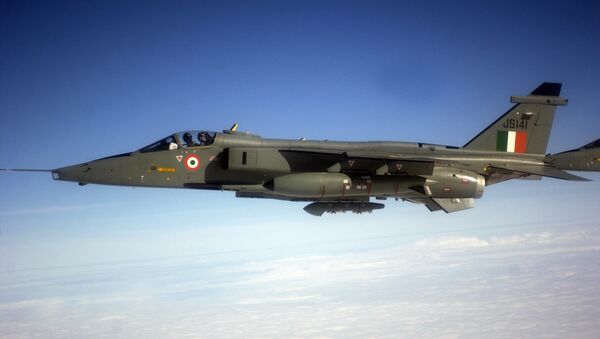 Unreliable, Uninstalled, Unusable? India’s Anti-China SAMs Fail Basic Tests
The upgraded Jaguar DARIN III will be the first aircraft operated by the Indian Air Force to have electronically controlled AESA radars. This would enable the air warriors to track multiple targets and simultaneously jam enemy communication systems and radars. The Indian Air Force has been using aircraft fitted with conventional radars that have antennas which need to be moved manually in order to scan enemy targets.

The DARIN III Jaguar is also equipped with new state of the art hardware and software, including an open system architecture mission computer, engine and flight instrument system (EFIS); fire control radar; a state of the art Inertial Navigation System with GPS and many others improvements.

HAL is currently upgrading a set of Jaguars procured in 1993 from DARIN level I to DARIN level III. The aircraft will be re-inducted into the Indian Air Force once they are tested and declared combat-worthy.