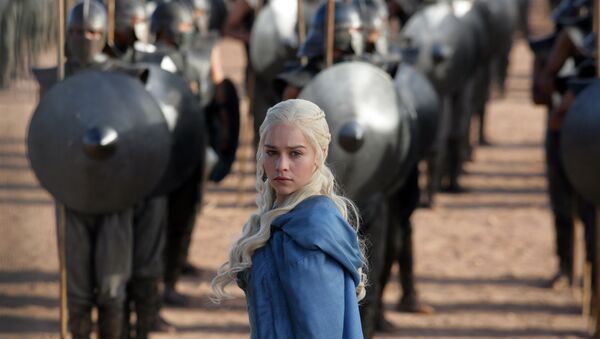 An email dated July 27 exposed a negotiation between HBO and the hackers responsible for breaching the network's security to leak information about the latest season of the Game of Thrones TV show.

The hackers behind the cyber attack targeting US television network Home Box Office (HBO) leaked a screenshot of the conversation, dated 27 July 2017, to several news outlets. Variety magazine and The Hollywood Reporter subsequently reported the story on Thursday.

GoT Episode Leaked Ahead of Sunday Premiere, Little Finger Not to Blame
HBO reportedly offered a $250,000 "bug bounty" reward, as the network called it, according to the email sent by a senior technology executive to the hackers.

The HBO representative wrote that the network had "been working hard … to review all of the material that you have made available to us." He even made it clear the corporation would be willing to pay the ransom in a way preferred by many hackers — in Bitcoins.

"In the spirit of professional cooperation, we are asking you to extend your deadline for one week. … As a show of good faith on our side, we are willing to commit to making a bug bounty payment of $250,000 to you as soon as we can establish the necessary account and acquire bitcoin."

Then, on August 5, a whole unreleased episode of the show was leaked online. The hackers proceeded to release an archive that contained emails from a programming executive sent in a course of a month. However, Thursday's reports on the "bounty" reward negotiations were the first time the content of the emails became public.