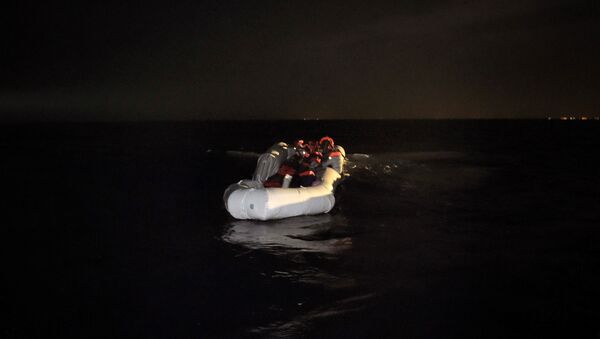 The European Union will cooperate with Libya on the migrant and refugee issue, and adopt the same scenario as in the EU-Turkey migration deal, German Chancellor Angela Merkel said Friday.

BERLIN (Sputnik) — In March 2016, the European Union and Turkey agreed that Syrian refugees arriving in Greece would be returned to Turkey if their claim for asylum is rejected, while Syrian asylum seekers in Turkey would be resettled in Europe on a one-for-one basis.

"This is a difficult process. We should care about the decent lives of people who return, so that they would individually go thorough all the checks. [We want] Europe to be able to legally accept people who have suffered most after they go through checks in the same way it does under the EU-Turkey agreement… This process has just begun, but it should develop in Libya in the same way it has developed in Turkey today," Merkel said.

The chancellor noted that full-fledged cooperation on the issue would require the soonest possible establishment of the Libyan government that would control the entire country.

Turkey to Suspend Refugee Deal If EU Declines New Visa-Free Regime Proposal
"We should not focus only on Libya, but on all states on the [migrant] transit route," she added.

Libya has been in a state of civil war since its longtime leader Muammar Gaddafi was overthrown in 2011. The UN-backed Government of National Accord operates in the country's west and is headquartered in Tripoli. The eastern part of the country is governed by its parliament, with is headquartered in the city of Tobruk. The parliament is backed by the Libyan National Army headed by Khalifa Haftar.