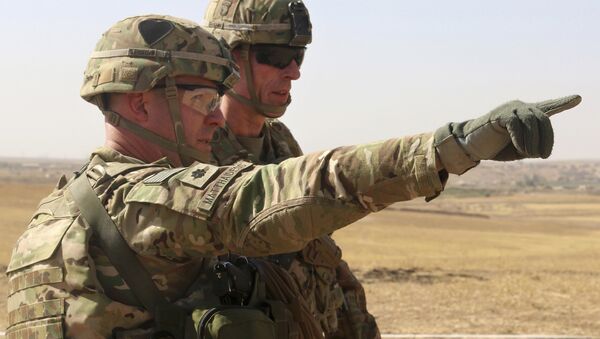 WASHINGTON (Sputnik) — On August 2, the broadcaster Rudaw reported that the Iraqi military had launched an operation to retake Tal Afar from Daesh. However, the Iraqi authorities have not yet confirmed the mission.

"The Coalition has established and closed several of these temporary posts throughout Iraq as we support the ISF [Iraqi Security Forces] in the fight against Daesh," the spokesperson said using the Arabic term for Daesh.

On Thursday, Turkish media reported that the United States was constructing a military base in northern part of Iraq in the vicinity of the city of Tal Afar.

"For operational purposes, we do not discuss locations of coalition forces. However, any temporary bases that are established are always in coordination with the government of Iraq and in support of Iraqi Security Forces," the spokesperson said when asked about the reports.