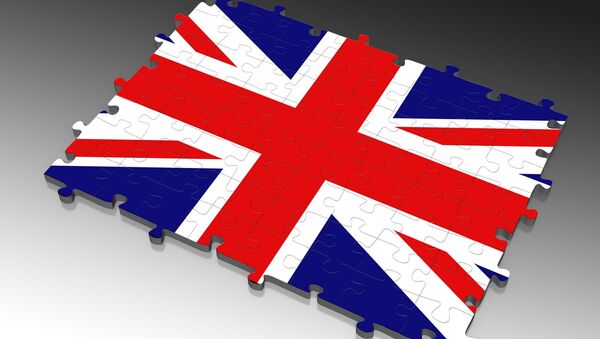 CC0 / Pixabay /
Subscribe
International
India
Africa
A former aide to Brexit Secretary David Davis says two ministers have contacted him about the possibility of forming a political party to block Brexit. James Chapman said there was a need for a centrist party, which he suggested calling the Democrats.

Mr. Chapman, who also worked for former Chancellor George Osborne, said two serving Cabinet ministers contacted him after he tweeted about the idea.

The Conservative Party has been in turmoil since the general election, when Theresa May limped into Downing Street after her calling of a snap election backfired on her.

Brexit negotiations have also got off to an extremely inauspicious start and has been undermined by the Tory infighting.

Mr. Chapman has been very active on social media this week, and claimed Brexit would signal the end of the Conservative Party.

"Two people in the cabinet, a number of people who have been in Conservative cabinets before now — better cabinets, I might say, than the current one — and a number of shadow cabinets ministers have also been in touch," he said.

Minister for EU citizens and right to vote for all 3.2 million https://t.co/zU2VN9Au9y

"They are not saying they are going to quit their parties, but they are saying they understand that there is an enormous gap in the center now of British politics," he added.

Mr. Chapman, a former political editor with the right-wing Daily Mail, said with Labour led by Jeremy Corbyn and the Tories in the grip of those in favor of a hard Brexit, there was a huge gap for a new political party in the center.

But while starting a new party and finding a name for it is not hard, turning it into a series political force is considerably more difficult.

'Posh Boy' Jacob Rees-Mogg: The Surprise Contender to Take Over From Theresa May
The last time something like this was tried was in 1981. Four senior figures broke away from the Labour Party, which they felt had become too left-wing under Michael Foot, and formed the Social Democratic Party or SDP. They became known as the Gang of Four and represented a moderate center-left, similar to what the party would later become under Tony Blair.

But most of the 28 Labour MPs who joined the SDP lost their seats in the 1983 general election and the SDP went into an alliance with the Liberals and later merged with them in 1988, becoming the Liberal Democrats.

On Thursday, August 10, it was reported Jacob Rees-Mogg, who is beloved by the hard Brexiteers, had become a dark horse contender to become the next leader of the Conservative Party.

And on Friday morning (August 11) Mr. Chapman clashed with Mr. Rees-Mogg on a radio station.

"The two main parties have been captured by their fringes, and Jacob is a member of that fringe and he has captured my party and I don't any longer want to be a part of it," said Mr. Chapman.

"The hard Brexit plan that Theresa May is pursuing is going to take our economy off a cliff, is going to make Black Wednesday look like a picnic, and when that happens the Conservative party will never be in power again," he added.

But Mr. Rees-Mogg hit back.

"Most people in the higher levels of the party, and across the Conservative party in the nation, have accepted the democratic result of the referendum a year ago," said the MP for North East Somerset.

"What's so peculiar about this new party is that it wants to call itself the Democrats and the first thing it wishes to do is to overturn a democratic decision. Their proposed name ought to be the Oligarchs rather than the Democrats," added Mr. Rees-Mogg.

Mr. Chapman, who is on holiday in Greece, denied his former boss, Mr. Osborne, was behind the idea despite him having published numerous pro-Brexit editorials in the Evening Standard, the newspaper he took over as editor before quitting as a Conservative MP in June.