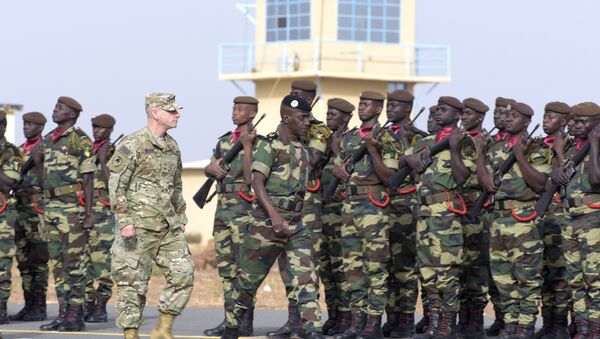 Special forces of the United States and their allies have lately been providing support to Libya’s local forces in their fight against the Daesh (banned in Russia) terrorist organization in the country, the United States Africa Command (AFRICOM) confirmed to Russia’s Izvestiya newspaper on Friday.

MOSCOW (Sputnik) — According to AFRICOM’s commentary as quoted by Izvestiya, US forces were sent to Libya and back within the framework of supporting Libyan forces affiliated with the Government of National Accord in their fight with Daesh and other terrorist groups. Additionally, AFRICOM stated that the practice of sending special forces to Libya would continue.

Undisclosed sources in the US Army and Congress also said earlier, as cited by Izvestiya, that the United States, the United Kingdom, France, and Italy had deployed a few dozen of their own special forces soldiers in Libya for the same purpose.

In July, Prime Minister of the Libyan Government of National Accord Fayez Sarraj told Sputnik that there were concerns that Daesh militants would enter Libya after having been defeated in Syria and Iraq.