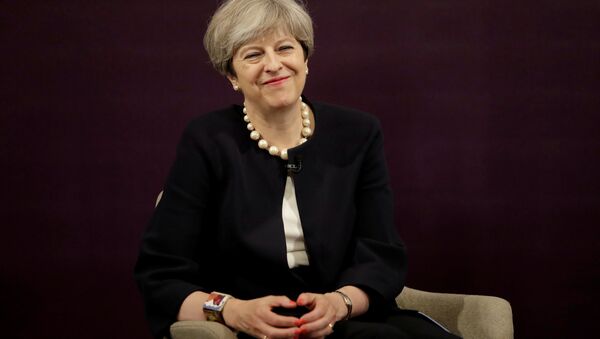 UK Shadow Secretary of State for Health Jon Ashworth stated that NHS is crumbling with the country's Prime Minister Theresa May neglecting the needs of the national healthcare system and cutting funds necessary for its development.

MOSCOW (Sputnik) – The UK National Health Service (NHS) is crumbling, with the country's Prime Minister Theresa May neglecting the needs of the national healthcare system and cutting funds necessary for its development, UK Shadow Secretary of State for Health Jon Ashworth said Thursday.

"Across the board, a combination of government underfunding and neglect has pushed NHS services to the brink," Ashworth said, stressing that millions of UK citizens are on waiting lists for treatment, while 10 percent of people who tried to get an appointment last year could not receive the necessary medical help.

Halt of EU Citizens Free Access to UK After Brexit to Affect NHS – Trade Union
The Labour lawmaker added that staff wages across the NHS had dropped drastically since 2010 when the Conservative Party came first in general elections, which led to a significant lack of workforce in state-funded medical facilities.

"Crucially, though, plans to improve services have to be backed with more money. Hospital finances have been stretched to breaking point and the result for patients is treatments delayed, operations cancelled and appointments harder to come by," Ashworth said, adding that the attitude of May and Chancellor Philip Hammond toward the NHS has been "nothing less than disgraceful."

Ashworth called on the cabinet to design a plan on pulling the national healthcare system out of the crisis, which, the shadow minister insisted, started when May took the office of prime minister slightly over a year ago.

Earlier in the month, UK media reported that some 118,000 UK citizens were unable to receive end-of-life care because the country's hospices face a lack of funds.

The NHS system has long been in crisis, characterized in particular by increasing waiting lines and long delays. In January, the British Red Cross referred to massive waiting hours in UK hospitals as a "humanitarian crisis." UK Prime Minister Theresa May responded by saying that the phrasing used to describe the situation was inappropriate.

In early February, research published in the Journal of the Royal Society of Medicine claimed that the lack of funding for the NHS and the social care system in the United Kingdom had led to 30,000 excess deaths in 2015.