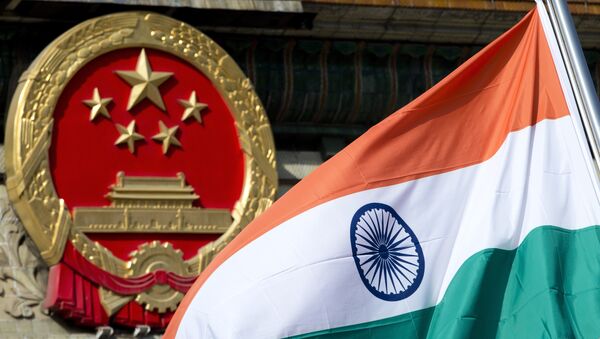 A Chinese scholar’s remarks about possible small-scale military operation to expel Indian troops in China’s Doklam region have caused a stir among Indian media over the weekend. Experts say India’s reaction over the remarks reflects the country’s lack of self-confidence.

Last week, Hu Zhiyong, a research fellow at the Institute of International Relations of the Shanghai Academy of Social Sciences, told the Global Times: "If India refuses to withdraw, China may conduct a small-scale military operation within two weeks."

Doklam Standoff: Neither China, Nor India Want Conflict or War
Hu’s statement quickly became headlines in Indian media. Different from previous rhetoric, Indian media included a government statement that stressed dialogue is the only way to resolve the conflict.

On Aug. 5, Indian Prime Minister Narendra Modi expressed hope that the two countries will find a solution through dialogue but did not make clear what he was referring to.

Two days before Modi’s statement, Indian External Affairs Minister Sushma Swaraj was quoted by The Tribune as saying diplomatic channels are the only way to resolve the standoff with China and China has been contributing to India’s growing economic might.

India’s speculation of China’s possible military operation in Doklam and Indian government’s statements over the standoff all indicate the country’s guilty conscience, Hu pointed out.

Being too nervous about a scholar’s comments about a possible military operation and counting on the speculated "aid" from the U.S. reflect India’s lack of self-confidence, said Long Xingchun, director of the Center of India Studies at China West Normal University, in an interview with the Global Times.

Over the last two weeks, the Indian side has been trying to play down the incident with the aim of finding a buffer zone and a way to save face, because India has been unable to find any suitable argument to defend its stance, Long noted.

Meanwhile, as the standoff continues, the Indian government is under pressure from both home and abroad. Though India suggests dialogue is the only way to resolve conflict, China has made it very clear that the premise for dialogue is the Indian troop’s withdrawal from the Chinese territory unconditionally, Hu pointed out.