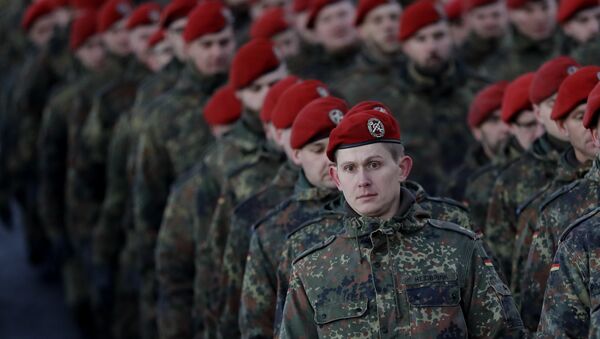 © AP Photo / Matthias Schrader
Subscribe
German Social Democratic (SDP) parliamentary leader Thomas Oppermann has redoubled the party's opposition to NATO's two percent defense spending target, calling the objective "wrong," and pledging with the SPD in government, "there will be no such thing."

Speaking to local media, Oppermann called for greater investment in the Bundeswehr, and greater Bundestag involvement in the armed forces, rather than simply adhering to an an arbitrary spending goal — his party is prepared to increase defense spending, but on the basis of "comprehensive security logic," not "irrelevant quotas."

Her fiery words were in turn a response to an opinion column authored by SPD leader, and Merkel rival, Martin Schulz, which slammed CDU pledges to reach the target by 2024 — an objective that would necessitate almost doubling the current defense budget and make Germany the largest military force in Europe.

Schulz was clear that due to the country's infamous military history, such an eventuality would be extremely unwelcome. Instead, the country should focus its efforts on developing the long-debated pan-European army, Schulz wrote. 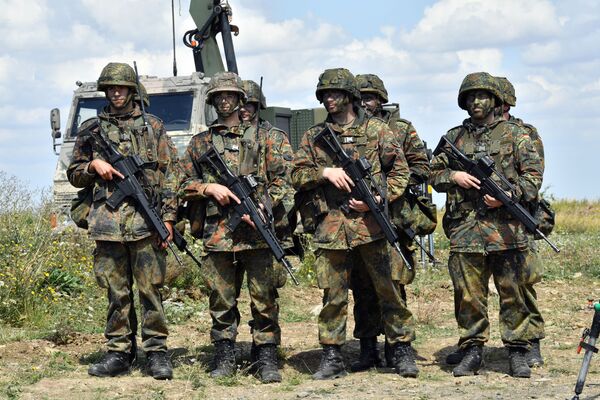 Electioneering it may be — the CDU's polling lead over the SPD continues to rise ahead of the September 24 vote — but opposition to the NATO spending target is widespread in Germany, and the SPD has long played a leading role in representing that view on the national stage.

In March, Foreign Minister Sigmar Gabriel noted that reaching the target would neither be "possible or desirable."

Germany currently spends around 1.2 percent of its GDP on defense or around $37 billion (€35 billion) — by definition, to reach two percent would necessitate almost doubling that figure, a prospect Gabriel then dubbed "totally unrealistic."

The SPD's staunch opposition to the target will likely prove unpopular in Washington. The issue of the contributions to the alliance has been raised repeatedly by President Donald Trump, who insists on all military alliance members honoring their budgetary responsibilities.

Trump has said Germany owes "vast sums of money" to NATO as a result of their consistent failure to meet the target, but German ministers, including Ursula Von der Leyen, have rebuffed such suggestions.

The target was formally adopted at the alliance's September 2014 summit. Then only five countries — Estonia, Greece, Poland, the US and UK — met the standard.